Italy and Canada bare the brunt of the CCSVI lobby (please see link and picture below). Is this the way to prioritize research? 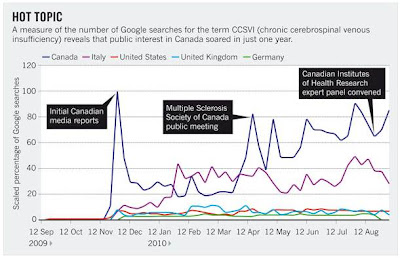