“Good News for CCSVIers? …A paper going against the tide!”

BACKGROUND: The potential pathogenesis between the presence and severity of chronic cerebrospinal venous insufficiency (CCSVI) and its relation to clinical and imaging outcomes in brain parenchyma of multiple sclerosis (MS) patients has not yet been elucidated. The aim of the study was to investigate the relationship between CCSVI, and altered brain parenchyma venous vasculature visibility (VVV) on susceptibility-weighted imaging (SWI) in patients with MS and in sex- and age-matched healthy controls (HC). 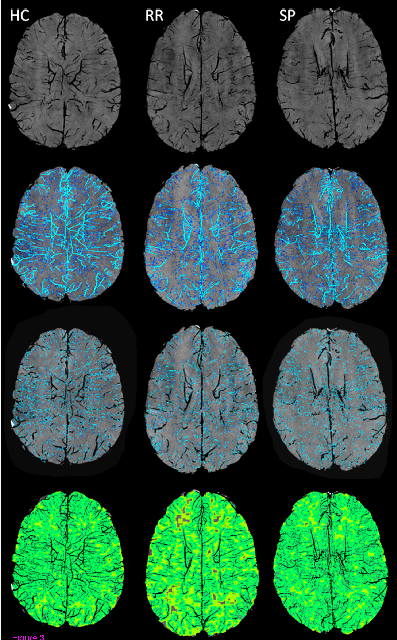 RESULTS: CCSVI criteria were fulfilled in 79.7% of MS patients and 18.2% of HC (p<.0001). Patients with MS showed decreased overall ATVV, ATVV of veins with a diameter <.3mm, and increased DFV compared to HC (all p<.0001). Subjects diagnosed with CCSVI had significantly increased DFV (p<.0001), decreased overall ATVV and ATVV of veins with a diameter <.3mm (p<.003) compared to subjects without CCSVI. The severity of CCSVI was significantly related to decreased VVV in MS (p<.0001) on pre- and post-contrast SWI, but not in HC.