As drugs come out of their patent life(which prevents the manufacturer of the drug but other companies for about seventeen years from filing the patent)…..generic drugs(identical to the named brand) are made that are much cheaper.
The first set of MS disease modifying therapies (DMT) are comming out of their patent life and so generics companies are ready to enter the market. Glaterimer acetate (Copaxone), which is a random polymer of a mixture of 4 amino acids) is due to come out of patent life soon and me-too (generics) are in the shadows. Can they come straight onto the market, as could a generic drug based on a chemical structure. However, current DMT bar Gilenya are not chemically entities but are biologicals (proteins) and may show subtle differences between versions of the same protien, such as the differences between the interferon betas. Therefore will Biological Me-Toos have to go through clinical trials to show efficacy and safety before reaching the market? 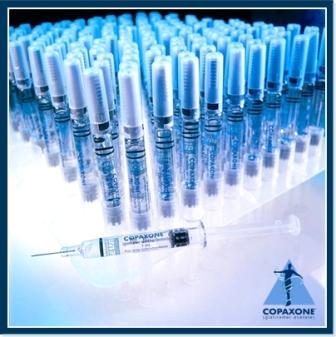 Studies Ramot Y, Rosenstock, Klinger E, Bursztyn, Nyska A, Shinar DM. Toxicol Pathol 2011 [Epub ahead of print] of protiramer (another random mix of 4 amino acids) that is essentially a glaterimer acetate “me-too” has shown toxicity in recent long-term studies in rats and monkeys compared to glaterimer acetate, due to allergic reactions. Therefore following early studies in humans this agent has been dropped.

This suggests that new me-too biologicals will need to go through trials before they are widely available, which would be good news for the MS, DMT pharmaceutical companies, it will probably slow the entry of cheaper alternatives becomming available, which is not good news”. Let’s see what the regulators think.