Some of you have been commenting on interesting stuff such as the New York Stem Stem Foundation and so you know there are lots of others such Harvard Stem Cell Institute the Institute for Stem cell Research as the UK Stem Cell Foundation etc, etc.

However, whilst stem cells do offer massive potential their most challenging use will be in the repair of the nervous system.Therefore it is unrealistic to expect miracles too quickly, as there are many hurdles to climb.

In the New Year maybe we can expand on Stem Cell Research, but it is a field that has huge public interest…which can lead to alot of “in my opinion” unhelpful media spin. This is also not always helped by claims of researchers about the significance of the studies.

Whilst there has been progress in stem cell research there are many unknowns and it is our opinion that people recieving stem cell treatments should do so as part of registered clinical trials in reputatble places, until they are shown to work and be safe.

Stem cell is a a term used that can describe a number of things and whilst some stem cells have the ability to re-create every one of the individual cell types in the body. However, without understanding the biology of these stem cells they can sometimes become cancers or act as a buzz word on which to hang some unproven treatments/procedures by some unscrupulous individuals, who will often locate themselves to places where regulations controlling health care are lax. With this in mind I report on this new case study

Subsequently, she deteriorated and was transported back to the United States with headache and vomiting progressing to quadriparesis (movement of all limbs affected), locked-in syndrome (awake/aware but unable to communicate) and superimposed encephalopathy (Damge to brain) Magnetic resonance imaging and brain biopsy were consistent with fulminant demyelinating encephalomyelitis (EAE in human) with MRI enhancing lesions, with white blood cells in the cerebrospinal fluid. The protracted illness required tracheostomy and gastrostomy. After methyleprednisone, intravenous immunoglobulin, and cyclophosphamide, she improved during 2.5 months to an ambulatory, functionally independent state. Subsequently, typical less severe multiple sclerosis relapses occurred.

This case demonstrates that stem cell transplantation may provoke life-threatening encephalomyelitis in patients with multiple sclerosis. This highlights the need to restrict transplantation to trials with appropriate safety controls. 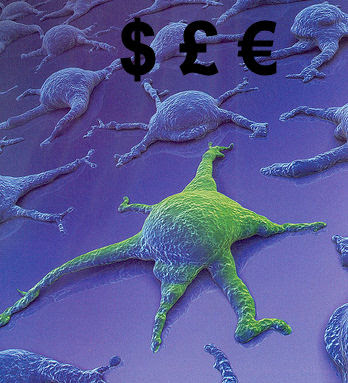 Although it is difficult to know what triggered the attack and whether it was the stem cells and/or the procedure that caused the encephalomyetitis. As the cells were put in intrathecally (directly into the brain) there is a reasonable chance that they were causally related. It appears that unprorven procedures can go wrong with dramatic consequences and shows the dangers of travel to countires for reasons of health tourism.

This highlights the need to restrict transplantation to trials with appropriate safety controls. Whilst we all want stem cell therapy to work invariably these rogue treatments usually lack real science that provides a rationale for them to work.

Prof G may want to add to this.