BACKGROUND: Serum autoantibodies against the water channel aquaporin-4 (AQP4) are important diagnostic biomarkers and pathogenic factors for neuromyelitis optica (NMO). However, AQP4-IgG are absent in 5-40% of all NMO patients and the target of the autoimmune response in these patients is unknown.

Since recent studies indicate that autoimmune responses to myelin oligodendrocyte glycoprotein (MOG) can induce an NMO-like disease in experimental animal models, we speculate that MOG might be an autoantigen in AQP4-IgG seronegative NMO. Although high-titre autoantibodies to human native MOG were mainly detected in a subgroup of pediatric acute disseminated encephalomyelitis (ADEM) and

Thus, MOG-IgG were found in both AQP4-IgG seronegative NMO patients and seven of 21 (33%) AQP4-IgG negative HR-NMO patients. Antibodies to MOG and AQP4 were predominantly of the IgG1 subtype, and were able to mediate complement dependent cytotoxicity at high-titer levels.

CONCLUSIONS: We could show for the first time that a subset of AQP4-IgG seronegative patients with NMO and HR-NMO exhibit a MOG-IgG mediated immune response, whereas MOG is not a target antigen in cases with an AQP4-directed humoral immune response. 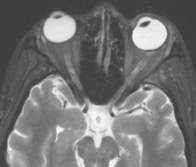 A further example of diseases may be caused by different triggers, and so it is likely that in MS that a similar clinical profile can be caused by immune attack of different targets. Whether this be different myelin-proteins, non-myelin protiens….. or a virus or viruses, etc.(for those that don’t think that MS is autoimmune). It also remains to be seen have these antibodies do but we know that in animals antibodies that react with MOG and cause complement (a cascade of molecules that punch holes into things) dependent cytotoxicity (killing of cells) cause the destruction of myelin and augment the inflammatory response.