You said that team G had made the news on a story about how Epstein-Barr-virus could trigger MS.
However, my post on the story was rather brief, and a bit rubbish-some of you say. Anyway what was it all about? Dr.UCM has explained the study.

First off….. Imagine the brain as a forest. What we did was to look for dangerous forest fires (lesions of MS) more closely. We spotted them in the brains of people with MS. 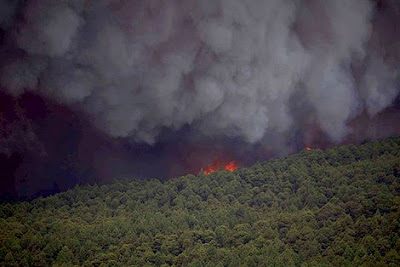 However, it took a lot of work to find out how long the fires had been around and to determine whether each individual fire was still burning or just simmering at the edge.

How did we do this?

We decided to look at a cytokine (messenger) called interferon alpha, which is known to promote inflammation (and also can prevent viruses from dividing to replicate themselves). We then chose forest fires, which had started recently and looked for Epstein Barr Virus positive cells.

Now I hope that you can remember the cars (white blood cells) that we talked about previously, and that you can take a car to get closer to the forest fire along the narrow path (blood vessel of the brain).

We approached the crime scene (the forest fire). What did we find?- strangely enough we found many cars parked next to the path and even more strangely we found several white vans (EBV infected white blood (B) cells) – more than you would usually see on a motorway (blood system).

What was strange about this? Well, Volkswagen (other Scientists) just gave out a warning that these white vans have a problem with their fuel pump. It was known that oil (viral fragments) could leak out and they issued a safety warning (Scientific information from which we can act).

Now we have to consider the following possibilities: 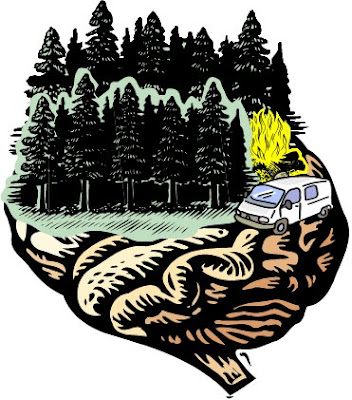 As you can see we need more work to solve the mystery of the white vans… So more to do.

Conflict of interest: Dr UCM does not receive funding from Volkswagen