INTRODUCTION:Chronic disease risk may be high in people with multiple sclerosis (MS). Our objective was to identify chronic health conditions that may disproportionately affect male veterans with MS.

RESULTS: Overall, veterans with MS had a high prevalence of hypercholesterolemia (high cholesterol 49%), hypertension (high blood pressure 47%), diabetes (16%), coronary heart disease (11%), and stroke (7%). Overall and for the subset of people aged 50 years or older, diabetes, hypertension, hypercholesterolemia, coronary heart disease, and stroke were significantly more prevalent among male veterans with MS than among the general population. Diabetes, hypertension, hypercholesterolemia, and stroke were more prevalent overall among male veterans with MS than among the general veteran population; however, except for stroke, differences were not significant for the group aged 50 or older. Explanatory variables (eg, age, education, race) and dynamic associations between conditions (higher odds for each when ≥1 of the other conditions were present) for chronic disease in men with MS were similar to findings in the general population literature for select conditions.

CONCLUSION: These findings raise awareness of chronic disease in a veteran cohort and help bridge a gap in the literature on chronic disease epidemiology in men with MS. We identified chronic disease priorities that may benefit from focused interventions to reduce disparities. 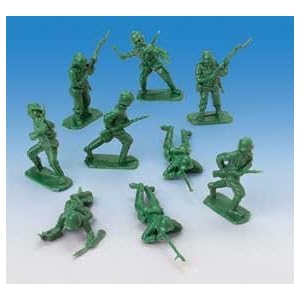 The American military is a wonderful source of information about the health of its soldiers during and after service.