Genomic regions associated with multiple sclerosis are active in B cells.

More than 50 genomic regions have now been shown to influence the risk of multiple sclerosis (MS). However, the mechanisms of action, and the cell types in which these associated variants act at the molecular level remain largely unknown. This is especially true for associated regions containing no known genes. Given the evidence for a role for B cells in MS, we hypothesized that MS associated genomic regions co-localized with regions which are functionally active in B cells. We used publicly available data on 1) MS associated regions and single nucleotide polymorphisms (SNPs) and 2) chromatin profiling in B cells as well as three additional cell types thought to be unrelated to MS (hepatocytes, fibroblasts and keratinocytes). Genomic intervals and SNPs were tested for overlap using the Genomic Hyperbrowser. We found that MS associated regions are significantly enriched in strong enhancer, active promoter and strong transcribed regions (p = 0.00005) and that this overlap is significantly higher in B cells than control cells. In addition, MS associated SNPs also land in active promoter (p = 0.00005) and enhancer regions more than expected by chance (strong enhancer p = 0.0006; weak enhancer p = 0.00005). These results confirm the important role of the immune system and specifically B cells in MS and suggest that MS risk variants exert a gene regulatory role. Previous studies assessing MS risk variants in T cells may be missing important effects in B cells. Similar analyses in other immunological cell types relevant to MS and functional studies are necessary to fully elucidate how genes contribute to MS pathogenesis. 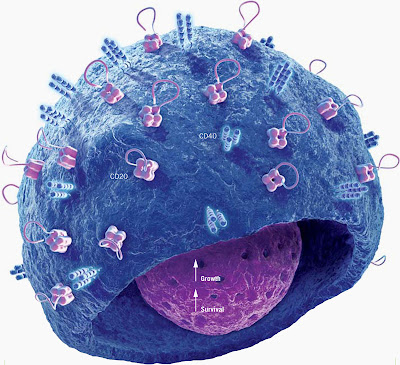 “This is the latest from Team G. Studies have found more than 50 genes that are involved in MS. These genes have generally been thought to control the activity of a certain type of immune cell called T cells. We show here that many of the genes involved in MS actually play a role in the function of B cells, and that past research may be missing the wood for the trees. B cells have generally been neglected in how we think about MS; but we are now realising that they are very important. This is especially demonstrated by the potent effect of B cell targeting drugs such as Ocrelizumab. Team G are actively trying to understand how Epstein-Barr virus (EBV), B cells and genetic factors are related to influence MS risk. We will keep you posted”

CoI: This is a study from members of Team G