MS is a demyelinating autoimmune disease of the central nervous system (CNS) with a presumed autoimmune etiology. Approved treatments for MS are immunoregulatory and are able to reduce the inflammatory components of the disease. However, these treatments do not suppress progressive clinical disability. Approaches that directly protect myelin-producing oligodendrocytes and enhance remyelination are likely to improve long-term outcomes and reduce the rate of axonal damage. Galanin (GAL) is a bioactive neuropeptide that is widely distributed throughout the nervous system and has diverse neuromodulatory effects. In this study, using the cuprizone (CPZ) demyelination model of MS, we demonstrate that GAL has pronounced neuroprotective effects with respect to demyelination and remyelination. Using our GAL transgenic mouse (GAL-Tg), we identified a novel attenuation of OLs against CPZ induced demyelination, which was exerted independently of progenitor cells. Alleviation of myelin breakdown in the GAL-Tg mice was observed to be significant. Furthermore, we observed changes in the expression of the GAL receptor GalR1 during the demyelination and remyelination processes. Our data strongly indicate that GAL has the capacity to influence the outcome of primary insults that directly target OLs, as opposed to cases where immune activation is the primary pathogenic event. Taken together, these results suggest that GAL is a promising next-generation target for the treatment of MS. 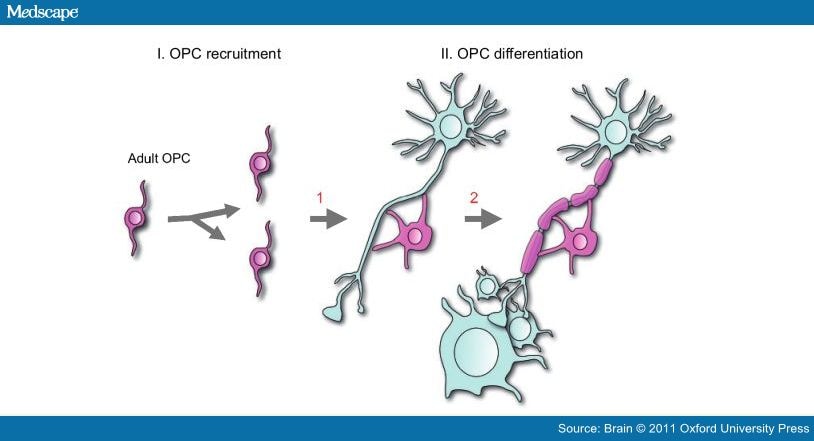 Cuprizone is a toxin to certain oligodendrocytes in mice. This is yet another target for promoting repair. We had had a load of these new avenues, yet none have bourne fruit so far. This is encouraging as we have another way to modify this process.