As this is MS awareness week, I think we have to
be aware of what you look at and know that you don’t have to believe everything you read.


Who would just orate about nonsense in order to confuse and shape minds? Well it is all over the place. I know “Don’t
believe everything you read” is going to haunt me….as we will get a flurry of comments that “you
talk rubbish blah, blah blah” or thoughts of this at least :-).

However, it is meant to be words of caution. Much of the stuff that we post here will turn out to be wrong, some of it we can spot or suspect when it is published some of it we can not. Maybe we should rate them with numbers of mushrooms to represent the level of “mushroom food” that they represent, but that would get us into trouble with the authors of the papers. However, speaking of mushrooms

Whilst surfing the internet for stuff on CCSVI and reaction to the AAN, I came across a post from someone, a critic of Team G who claims to talk like a Doctor, posting on animal models. It was suggested that “The insight should be compulsory reading for all doctors”. Without wanting to bore you with the content but pass on some of the insight. I just wanted to mention their “favorite
description of what’s wrong with EAE“ (An animal model of MS), attributed to be “from Dr. Michael Dake” (I believe an Interventional radiologist = venoplasty doc). It was written that

“There’s an animal model, but it’s not
really, unfortunately, like most animal models, it’s not really a human model. Basically,
you take like a mish of ground up spinal cord and brain from some other species,
you mix it with some oily substance, some TB bacilli, and some bordatella
pertussis, some whooping cough toxin, and inject it into peridium,  and
what you get is this whopping inflammatory response, and that’s good because
you get the accelerated disease process, but obviously in humans, it’s a much
more chronic and progressive thing”…..”People
with MS haven’t had this cocktail of viruses injected into their brains”

Dr. Dork seemingly has no real knowledge of doing experimental MS
work or maybe there are loads of typos (I know kettle and black 🙂) or it was just lost in translation but this is a description of a new model
variant in a MUSHROOM. This would be good 3Rs stuff but.. 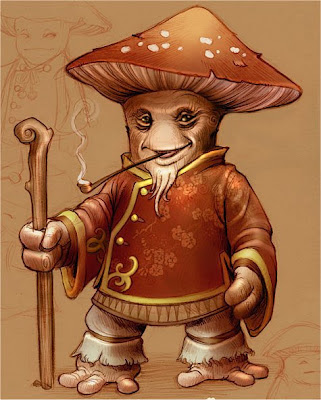 Let us look at what was written. First off it is an animal model of human disease. A human model “of human disease” would involve experimenting on humans, which I don’t think is ethical for drugs just comming off the drawing board, although it has been suggested by someone on the Blog…..really. Yes, people do experiment on MS, but this is not a model, it is the real thing!

I accept that the method to induce MS-like disease sounds unpleasant but lets look at the content of the above insightful? 🙂 comments.


You take a mixture of ground up spinal cord and brain. [WRONG. You take spinal cord because it contains comparatively more myelin in the rodent and you do not usually use brain, which often would not work] from some other species [WRONG. You usually take from the same species. There are cases such as in rats where guinea pig spinal cord was often used], you mix it with some oily substance [Freunds incomplete adjuvant], some TB bacilli [Misleading. These are killed Mycobacterium tuberculosis-the bacteria that causes tuberculosis and/or Mycobacterium butyricum and is then called Freunds complete adjuvant. This is used to stimulate the immune system to the substance mixed with it], some bordatella pertussis [WRONG It is Bordetella pertussis toxin, which is the toxin from the bacteria causing whooping cough. Killed Bordettela pertussis bacteria are not usually used to induce EAE compared to the toxin that is used. This makes white blood cells divide and grow. This is often not required to induce EAE]. Whooping cough toxin [This is Bordetella pertussis toxin as above….so you are doing the same thing that is already mentioned] and inject it into the peridium [WRONG. This is a covering of where the spores of a fungi are stored. Mushrooms are fungi. Fungi are not animals so it would not be an animal model but a mushroom model :-). Was the word perineum I doubt it, but maybe peritoneum, which is the peritoneal cavity which is the bit where you intestines live below the lungs. However, this is largely WRONG as it is usual to inject under the skin]. You get the accelerated disease process, but obviously in humans, it’s a much
more chronic and progressive thing [WRONG so what? They would not be much of a model if you had to wait twenty to thirty years for it to develop or last fifty years. Animal models have been developed that develop progressive and chronic disease]. People
with MS haven’t had this cocktail of viruses [WRONG there has been no introduction of viruses, the injection protocol above uses killed bacterial products] injected into their brains [WRONG it would not work if injected into the brain, because they have limited lymph gland drainage, it is injected under the skin so the immune-causing material is directed towards the lymph nodes].

P.S. The rest of the commentary centres around neutrophils, which are not reported to have much of a role in MS, and apparent differences between animals and humans.


There is lots of information of the web, some of it is more accurate than other stuff. Do you remember Doing a scully (another post on mushrooms). You need to do your homework and check words to make sure that you understand what is being said and importantly to convince yourself that it is accurate. It is easy to throw in some science that sounds plausible but does not hang together coherently. Check out the source of the fact, is it some company blurb, a reputable source or a crusader. It is easy to pass a lot of information off as fact, when it may be meerly mushroom food.