When presenting abstracts were keep seeing class 1 and class 2 and class 3 evidence. But what does this mean? It is a classification that gives an indication of the quality, likeihood of a real effect, evidence. The scale rating differes from place to place.

Evidence-based medicine (EBM) or evidence-based practice (EBP) aims to apply the best available evidence gained from the scientific method to clinical decision making. It seeks to assess the strength of the evidence of risks and benefits of treatments (including lack of treatment) and diagnostic tests. This helps clinicians understand whether or not a treatment will do more good than harm.

Ranking the quality of evidence

Evidence-based medicine categorizes different types of clinical evidence and rates or grades them according to the strength of their freedom from the various biases that beset medical research. For example, the strongest evidence for therapeutic interventions is provided by systematic review of randomized, triple-blind, placebo-controlled trials with allocation concealment and complete follow-up involving a homogeneous patient population and medical condition. In contrast, patient testimonials, case reports, and even expert opinion (however some critics have argued that expert opinion “does not belong in the rankings of the quality of empirical evidence because it does not represent a form of empirical evidence” and continue that “expert opinion would seem to be a separate, complex type of knowledge that would not fit into hierarchies otherwise limited to empirical evidence alone.” have little value as proof because of the placebo effect, the biases inherent in observation and reporting of cases, difficulties in ascertaining who is an expert and more.

Systems to stratify evidence by quality have been developed, such as this one by the U.S. Preventive Services Task Force for ranking evidence about the effectiveness of treatments or screening:

The UK National Health Service uses a similar system with categories labeled A, B, C, and D. The above Levels are only appropriate for treatment or interventions; different types of research are required for assessing diagnostic accuracy or natural history and prognosis, and hence different “levels” are required. For example, the Oxford Centre for Evidence-based Medicine suggests levels of evidence (LOE) according to the study designs and critical appraisal of prevention, diagnosis, prognosis, therapy, and harm studies: 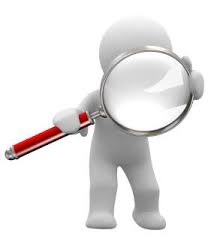