Objective: To describe the clinical characteristics of encounters with patients misdiagnosed with multiple sclerosis (MS).

Results: The
response rate for the survey was 50.4%. Of those who responded, the
majority (95%) reported having evaluated 1 or more
patients who had been diagnosed with MS, but who
they strongly felt did not have MS, within the last year. The majority
of
respondents (>90%) also reported the use of
disease-modifying therapy in a proportion of these patients. Most
respondents
(94%) found clinical encounters with these
patients equally or more challenging than giving a new diagnosis of MS.
Fourteen
percent of respondents reported that they did
not always inform such patients of their opinion that they did not have
MS.

Conclusions: The
misdiagnosis of MS is common and has significant consequences for
patient care and health care system costs. Caring for
a patient with a misdiagnosis of MS is
challenging, and at times honest disclosure of a misdiagnosis represents
an important
ethical concern for neurologists. More data are
needed on this patient population to improve diagnostic acumen and the
care
of these patients. 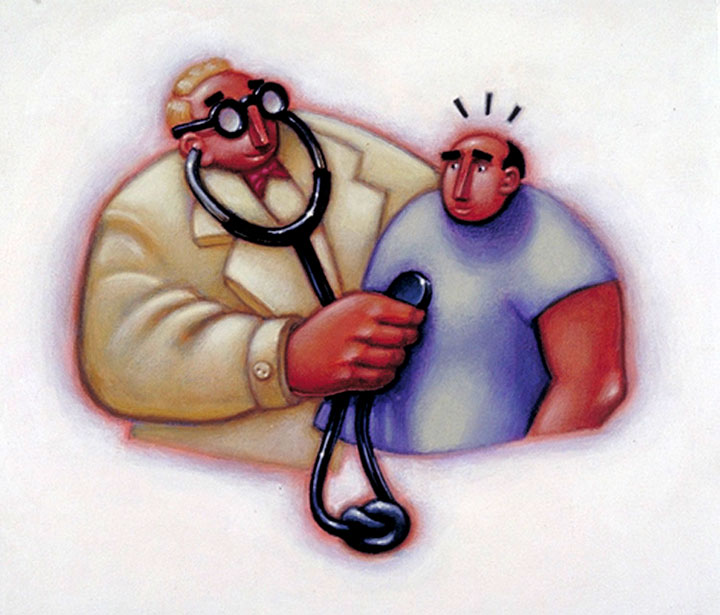 From
the survey results, they emphasized the following:
1) nearly all MS specialists who completed the
survey had seen patients in the prior year for whom they thought an MS
diagnosis
was incorrect; 2) many of the MSers with an
incorrect MS diagnosis were actually taking MS disease-modifying drugs
(DMD);
3) many MS specialists found it difficult to “take
away” the MS diagnosis; and 4) the MS specialists decided, in some
cases,
not to inform the patient about their opinion.

The suspect diagnosis was commonly
based
on non-specific MRI changes, sometimes occurring in
patients who had cardiovascular risk factors or migraine. The authors
called
attention to the difficulty neurologists reported
reversing an incorrect diagnosis. The
findings
suggest over-reliance on MRI to make a diagnosis,
inappropriate use of DMD, and the difficulty neurologists have dealing
with
MS misdiagnosis.