Objectives: Based on findings in animal models of autoimmune optic nerve inflammation, we have assessed the safety and efficacy of erythropoietin in patients presenting with a first episode of optic neuritis.

“erythropoietin is a hormone produced by the kidney that stimulates the bone marrow to make red blood cells. It has more recently been shown to have neuroprotective effects.”

Results:
40 MSers were assigned into either treatment group (21/19
erythropoietin/placebo). Safety monitoring revealed no relevant issues.
37 MSers (20/17 erythropoietin/placebo) were analysed for the primary
endpoint according to the intention-to-treat protocol. RNFL thinning was
less apparent after erythropoietin treatment: Thickness of the RNFL
decreased by a median of 7.5μm by week 16 (mean±STD: 10.55±17.54μm)
compared to a median of 16.0μm (22.65±29.18μm) in the placebo group
(p=0.0357). Decrease in retrobulbar diameter of the optic nerve was
smaller in the erythropoietin group (p=0.0112). VEP latencies at week 16
were shorter in erythropoietin-treated patients than in the placebo
group (p=0.0011). Testing of visual functions revealed trends towards an
improved outcome after erythropoietin treatment.

Interpretation: These results give the first indications that erythropoietin might be neuroprotective in optic neuritis.

“We have been promoting optic neuritis as a model to demonstrate that treatments may be useful for progressive MS and have one compound in trial at the moment. This study uses a different drug called Erythropoietin. This is a growth factor that stimulates red blood cells and is sometimes used by unscrupulous atheletes who blood dope. However, as shown in animal studies it also has the potential to be neuroprotective. Therefore it may not only be of value of controlling retinal nerve loss in optic neuritis, but it also has the potential to control progressive MS. Although there are a number of clinical versions of EPO, there is also a variant that is neuroprotective (saves nerves from damage) but does not cause the production of red blood cells. This is really great news, but further studies will be needed to see if is really is useful for progressive MS and how it should be delivered as a therapeutic. This is a fantastic step in the right direction.” 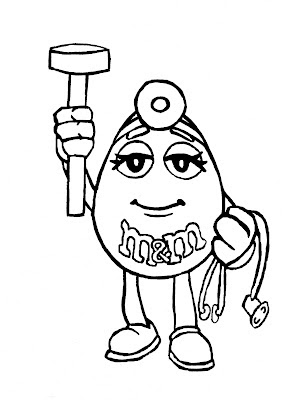 “I would not like to be the devil’s advocate but there are side-effects
associated with erythropoietin treatment. It should not be taken without medical
supervision”.
“It is used in people with chronic kidney failure and other
situations with low red blood cells counts.  As you may be aware, it has been
used as sports performance enhancers (doping).

The following information
is compiled from the Summary of Product Characteristics of erythropoietin. And
this is the very pure drug, not the one bought in the internet.

The
serious adverse drug reactions include venous and arterial thromboses and
embolism (that may have fatal outcomes), such as deep venous
thrombosis, pulmonary emboli, arterial thrombosis (including
heart attacks), retinal thrombosis. Strokes,  both infarctions and
haemorrhages, and transient ischaemic attacks have also been reported.


There can be a dose-dependent increase in blood pressure or aggravation
of existing hypertension with need for close monitoring of the blood
pressure. Other common side-effects observed seizures, diarrhoea,
nausea, headache, flu-like illness, pyrexia,
rash and vomiting. Influenza-like illness including headaches,
arthralgia, myalgia, and pyrexia may occur especially at the start of treatment.

In all patients, haemoglobin levels should be closely monitored due
to a potential increased risk of thromboembolic events and fatal outcomes when
patients are treated at haemoglobin levels above the target for the indication
of use.

Hypersensitivity reactions, including cases of rash, urticaria,
anaphylactic reaction, and angioneurotic oedema have been reported. The most
severe side-effects seem to be hypertensive crisis with encephalopathy
and seizures, which are medical emmergencies.

Some companies have devised
erythropoietin derivatives that are tissue protective but do not
increase the numbers of red bloods cells”.

THEREFORE DO NOT BE TEMPTED TO INVESTIGATE THE USE OF THIS DRUG, UNLESS AS PART OF AN APPROVED CLINICAL TRIAL