Objective Multiple sclerosis (MS) is associated with chronic symptoms, including muscle stiffness, spasms, pain and insomnia. Here we report the results of the Multiple Sclerosis and Extract of Cannabis (MUSEC) study that aimed to substantiate the patient based findings of previous studies.

Conclusion: The study met its primary objective to demonstrate the superiority of CE over placebo in the treatment of muscle stiffness in MS. This was supported by results for secondary efficacy variables. Adverse events in participants treated with CE were consistent with the known side effects of cannabinoids. No new safety concerns were observed.

Cannabis contains chemicals that alleviate spasticity, pain and sleep disorders and this works within a few week. This can be delivered as a pill. Maybe it is about time that MSers got the oppertunity to access medical cannabinoids and see if they work. If they do you will know in a few weeks.
This supports work orignally performed in EAE by members of Team G
So some people are saying that animal studies never suggest anything meaningful for humans.  This could be used as an example of how this could be so.

The CUPID trial with an active ingredient of cannabis failed to affect progressive MS (We have yet to see the paper so my comments are based on press releases), despite a lot of biology and basic science demonstrating potential use done by alot of different groups. There apparently was a hint of some effect in people with less disability but who is going to fund another 8 year study (It was on drug for 3 years) involving 500 MSers?  So is this avenue doomed?…..maybe. 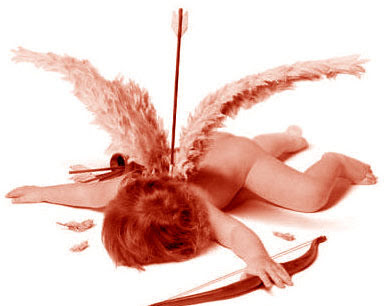 Does it have parallels well yes.

Many years ago studies in animals suggested that cannabis had the potential to control spasticity. A study of oral cannabis involving 600MSers using parallel placebo controls called CAMS was performed and failed. This could have been the end of this avenue.


Luckily there were other people doing the same thing at the same time.
If they had given the idea its best shot to determine whether there was something in the story they should have perhaps used smoked cannabis because oral cannabis is one of the worse routes to deliver this type of drug. This is because after ingestion the drug is broken down and absorded in body fat. This makes it difficult to control dosage. Using smoked cannabis with people getting high they could have seen an effect in a few days using less than 30 MSers as was found recently using a cross over design. In a cross-over design the person gets both placebo and active drug, so it can be useful to helps you identify whether some but not all people do respond to the drug.
Indeed in the pivotal trial that helped Sativex (medical cannabis a spray that goes under the toungue to avoid the problems of digested cannabis) get licenced they enriched there study with potential responders before doing a drug and placebo arm. Importantly it was learned that the Ashworth Scale  that was used to determine whether CAMS worked or not, was not sensitive enough and not sufficiently responsive to change. So this was dropped in the studies used to show that Sativex was controlling spasticity.
Sativex came to market and so Pharma realised that there is a dollar to be made and so follow like sheep with alternative versions of the same drug (e.g. as occurred with beta interferon).

Thereofore ten years on and the same group that did the failed CAMS trial, tests yet another oral cannabis extract but this time the Ashworth Scale is not used as a tool to decide if the drug worked or not.


We also know that cannabis can have positive effects on spasticity, pain and sleep disturbances and the trial demonstrates a benefical effect on these outcomes.
Therefore is competition to Sativex coming? Will it mean a drop in price of Sativex?, which would help MSers get access to the drug
Hindsight is an amazing thing and warns use that sometime trials can fail because they have not been optimally designed. We are in the learning process on how to do trials for progressive MS. The first ones have failed and so it is important to remember not to throw the baby out with the bath water. Some of the drugs that fail in Progressive MS trials should be revisited in the future………I suspect they will not.
CoI: MouseDoctor and chums work or have worked on cannabinoids as a research interest. They have not recieved any funds from the manufactures of the cannabis extract and were not concerned with this study. They actually have received few grants to work on cannabinoids……..so just griping a bit. MouseDoctor is developing a competing anti-spastic agent, that lacks the side-effects associated with cannabis and baclofen.