BACKGROUND: Reports of MS developing after hepatitis B vaccination have led to the concern that this vaccine might be a cause of MS in previously healthy subjects.


METHODS: A nested case-control study in two large cohorts of nurses in the United States, those in the Nurses’ Health Study (which has followed 121,700 women since 1976) and those in the Nurses’ Health Study II (which has followed 116,671 women since 1989). For each woman with MS, five healthy women and one woman with breast cancer were selected as controls. Information about hepatitis B vaccination was obtained by means of a mailed questionnaire and was confirmed by means of vaccination certificates. The analyses included 192 women with MS and 645 matched controls and were conducted with the use of conditional logistic regression.

CONCLUSIONS: These results indicate no association between hepatitis B vaccination and the development of MS. 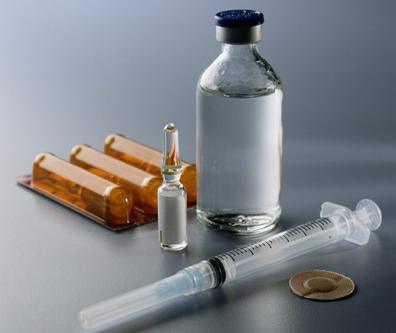 BACKGROUND: There has been some concern that vaccination may precipitate the onset of MS or lead to relapses. Since the recent hepatitis B vaccination program in France, there have been new reports of an increased risk of active MS after vaccination.


METHODS: A case-crossover study was performed to assess whether vaccinations increase the risk of relapse in MS. The subjects were MSers included in the European Database for Multiple Sclerosis who had a relapse between 1993 and 1997. The index relapse was the first relapse confirmed by a visit to a neurologist and preceded by a relapse-free period of at least 12 months. Information on vaccinations was obtained in a standardized telephone interview and confirmed by means of medical records. Exposure to vaccination in the two-month risk period immediately preceding the relapse was compared with that in the four previous two-month control periods for the calculation of relative risks, which were estimated with the use of conditional logistic regression.

RESULTS: Of 643 patients with relapses of MS, 15 percent reported having been vaccinated during the preceding 12 months. The reports of 94 percent of these vaccinations were confirmed. Of all the patients, 2.3 percent had been vaccinated during the preceding two-month risk period as compared with 2.8 to 4.0 percent who were vaccinated during one or more of the four control periods. The relative risk of relapse associated with exposure to any vaccination during the previous two months was 0.71 (95 percent confidence interval, 0.40 to 1.26). There was no increase in the specific risk of relapse associated with tetanus, hepatitis B, or influenza vaccination (range of relative risks, 0.22 to 1.08). Analyses based on risk periods of one and three months yielded similar results.

CONCLUSIONS: Vaccination does not appear to increase the short-term risk of relapse in MS.

“Based on these data and other data it is highly unlikely that hepatitis B vaccination causes MS or triggers MS relapses. Vaccines are generally beneficial to individuals, but are of major importance for the population. Therefore I tend to recommend vaccinations that are part of public health guidelines; if a medic can’t be compliant with the recommendations of wise men (public health officials) how can we expect the population to be?”