As part of her intercalated year Julia did a project on MS that was supervised by Ram (Dr Vitamin D) in our group. Her dissertation was so good she was given the highest mark possible, 100%; quite a remarkable achievement don’t you think?

Importantly, her work re-enforces my position that EBV is the cause of MS. 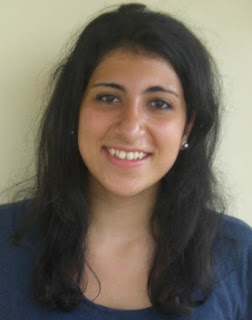 Summary of her work:

The current evidence base supports a strong association between EBV and MS, but potential causality remains strongly debated. Available data on seroprevalence of EBV in MSers has been conflicting and thus used to both support and refute causation. Upon scrutiny of studies where two independent methods of EBV detection are used and hence likely to be the most robust, EBV appears to be present in 100% of MS cases as no such adult MSer was classified as EBV seronegative. Causation is not the necessary conclusion of this association, rendering establishment of a temporal relationship important as the criteria that exposure to the proposed causative agent precedes disease onset is truly necessary for causality to be true. This criteria is consistently fullfilled by EBV.

Nonetheless, it is not possible to exclude the possibility that an abnormal response to EBV infection is a consequence, rather than a cause of the underlying pathophysiology of MS, or indeed that the association may be a reflection of a similar underlying disease mechanism. Substantial experimental progress is necessary to achieve consistency of molecular findings to complement the strong demonstrated association between EBV and MS, which albeit can not alone show causation, does fit with a causative model. Key questions need to be addressed: including which of a number of proposed mechanistic hypotheses of how EBV infection could underlie MS is able to account for the majority, if not all, of MS features; how EBV interacts with other identified environmental and genetic risk factors of MS and to what extent does EBV latency and reactivation correlate with disease sub-type? However, collectively, the strength of the association between EBV and MS warrants careful development and trial of anti-EBV drugs to observe any effect on MS disease-course. Only by directly targeting the proposed causal agent will we get conclusive findings to confirm or refute a causal hypothesis.

The following are a list of her publications she produced as part of her project:

“Julia is obviously and exceptional student and I sincerely hope the academic bug has bitten and that she pursues an academic career in neurology and multiple sclerosis. If we are going to crack MS we need new blood; the younger and brighter they are the better.”