Over the past couple of days we have been talking about pharma methods for promoting their products and it sparked a bit of interest. Whilst a counter story may be the reality, there is not usually smoke without some form of fire. 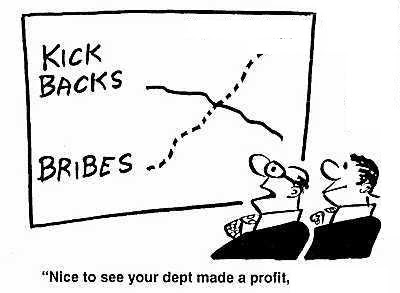 I know Prof G could probably chew your ear off about the reality of drug development and the pharmaceutical industry. But it is best to keep him out of it. In case he needs to take the fifth:-)..however he has declared his interests

Nevertheless listening to yestersday’s stories about neurologists being paid to talk to doctors about drugs, made me remember about something.

I was at a talk on a new drug at one of the big conferences and there was this well-known neurologist on stage who was presenting the case for the new drug. I thought funny, they are not known for working on this subject and they clearly did not know enough on the biology about the drug they were talking about.

I often get emails asking me to complete surveys for some market research survey for some company and offering an incentive often Amazon vouchers or cash to do it. (It takes time to fill things out so why not get something for it?).  Is this a bribe or kick back? I suppose I get even more emails offering to make millions from some form of dodgey investment deal that you know is a con.


As I am not a clinician I think its not meant for me and don’t bother or sometimes write to ask if it for clinicians, which it always is. However, this survey was all about providing details of who you believed was a Opinion Leader both Nationally and Internationally and then a question about MS drugs.

Now I wonder if this is how and why the person presenting was selected to present the new drug data, because the punters thought that the Neuro was an opinion leader. Maybe the person just contributed a few MSers to a trial or was on the steering committee. Normally it would be someone who co-ordinated the trial. I guess they may do this voluntarily but get their expenses paid to attend the meeting. They may or may not get some form of honorarium to cover time spent at the meeting and the time preparing for the talk.

Many people (Scientists and clinicians) will not attend meetings if they have to go under their own steam as it costs you money. So speakers invited to meetings often get a free registration worth quite abit, and maybe something or all costs towards travel and accomodation. The speaker then travels to the meeting and the audience are more likely to travel to a meeting if they think opinion leaders are going to be their giving opinions. This occurs in any business.