Background: Cognitive impairment in Multiple Sclerosis (MS) is well recognized, being documented even in the earliest stages of the disease. Anticholinergic drugs (ACD) are frequently used to address bladdder symptoms in this population. ACD are known for their deleterious cognitive effects in older individuals; however their potential impact on cognition has received less attention in the context of MS.

Results: Patients using ACD showed significantly lower SDMT and SRT scores compared to those not using ACD (p<0.001; t-test). The association of lower cognitive test performance with ACD usage was robust, even when other variables (like age, gender, EDSS, etc.) were considered.

Conclusion: Our results suggest that chronic use of classical ACD for bladder symptoms may have a negative impact on cognitive functioning in MS patients. These potential cognitive side effects need to be considered both in clinical practice and research settings. 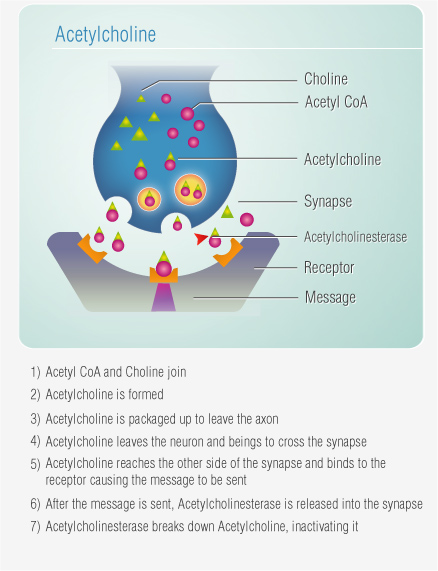 The action of acetyl choline is dependent on the neural circuits and can be inhibitory of excitatory as occurs at the junction between muscles and nerves in skeletal muscle. In this case it can cause the bladder detrusor muscles to contract and so empty the bladder. Therefore blocking this can inhibit incontinence.

However because of Janus-like effects it can inhibit brain functions that use Acetylcholine as a transmitter as it is known that acetylcholine has a variety of effects as a neuromodulator upon plasticity, arousal, reward and sensory perceptions and so blocking the neurotransmitter can cause problems with thinking. This is why drugs can have side effects becuase the body uses the same system to do different things thoughout the body.