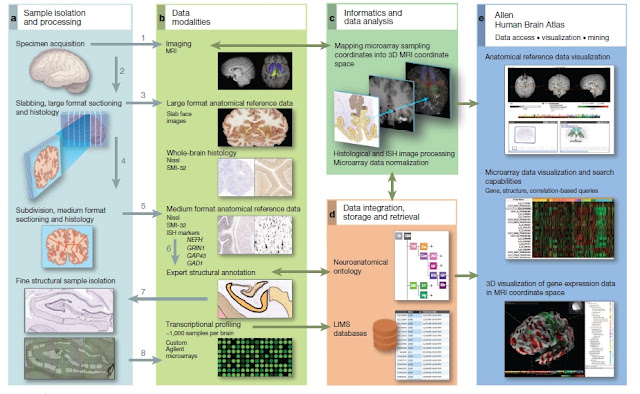 They have sequenced ( found the genetic code) of the genome (the DNA) but to make proteins the DNA has to be transcribed into RNA (the genetic code of the protein) and then translated in Protein such that amino acid building blocks of proteins are constructed into proteins. Finding the sequences of things being made is the transriptome. When things are done in biology alot of things can be being made at once so the transcriptome of one cell or one area will be different to another area. The transcriptome tells use what cells are are making (read more on this). This study maps the   transcriptome of the human brain, clearly what is and will happen further is the transcriptome of the brain during MS will be explored. This type of information is important to understand human brain function in health and disease.