#MSBlog: The iceberg: a lot of the damage that occurs in MS is beneath the water. Lessons from the window to the brain.

OBJECTIVE: Recent studies demonstrate significant thinning of the retinal nerve fiber layer (RNFL) in MS non-optic neuritis (MS-NON) eyes. However, the pathologic basis of this reduction is not clear. The aim of the current study was to investigate the relationship of the RNFL thickness in MS-NON eyes with latency delay of the multifocal visual evoked potential (mfVEP), a surrogate marker of the visual pathway demyelination.

“MS-NON: refers to eyes in MSers that have not been affected by a previous attack of optic neuritis.”

METHODS: Total and temporal RNFL thickness and latency of the mfVEP in 45 MS-NON eyes of 45 MSers with relapsing-remitting MS and 25 eyes of age- and gender-matched controls were measured and analyzed.

CONCLUSIONS: The study demonstrated significant association between RNFL loss and a latency delay of the mfVEP in MS-NON eyes. 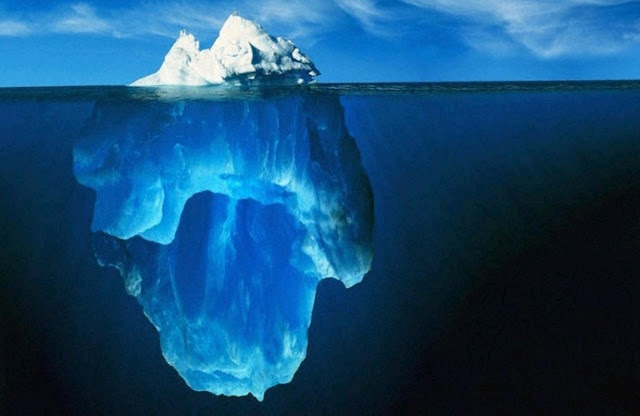 “I  think the message from this study is simple and clear. The loss of nerve fibres or axons in eyes not previously affected by optic neuritis is due to sub-clinical or asymptomatic focal lesions in the optic nerve pathway. These lesions may have been  too small to cause loss of vision when they developed or the lesions came on in series, one at a time, but each sufficient to result in the accumulation of small amounts of damage with time. This is the so called iceberg phenomenon, most of the damage is occurring beneath the surface. Another reason to support early aggressive treatment is to try and suppress the sub-clinical disease activity.”