#MSBlog: Organic solvent exposure increases your risk of getting MS and other autoimmune diseases.

BACKGROUND: Genetic and epigenetic factors interacting with the environment over time are the main causes of complex diseases such as autoimmune diseases (ADs). Among the environmental factors are organic solvents (OSs), which are chemical compounds used routinely in commercial industries. Since controversy exists over whether ADs are caused by OSs, a systematic review and meta-analysis were performed to assess the association between OSs and ADs.

METHODS: The systematic search was done in the PubMed, SCOPUS, SciELO and LILACS databases up to February 2012. Any type of study that used accepted classification criteria for ADs and had information about exposure to OSs was selected.

“What are organic solvents? They are the most commonly used group of non-aqueous or non-water soluble liquid solvents. Organic solvents are hydrocarbons and related substances; i.e. an organic compound is one that contain carbon atoms. The majority of industrially used organic solvents are volatile, i.e. form a vapour at room temperature. Solvents usually have a low boiling point and evaporate easily. Solvents are used to extract soluble compounds from a mixture. Solvents are usually clear and colourless liquids and most of them have a characteristic smell. Common uses for organic solvents are in dry cleaning (e.g. tetrachloroethylene), as paint thinners (e.g. toluene, turpentine), as nail polish removers and glue solvents (acetone, methyl acetate, ethyl acetate), in spot removers (e.g. hexane, petrol ether), in detergents (citrus terpenes), in perfumes (ethanol), and in chemical syntheses.”

FINDINGS: Out of a total of 103 articles retrieved, 33 were finally included in the meta-analysis. The final odds ratios (ORs) and 95% confidence intervals (CIs) were obtained by the random effect model. A sensitivity analysis confirmed results were not sensitive to restrictions on the data included. Publication bias was trivial. Exposure to OSs was associated to systemic sclerosis, primary systemic vasculitis and multiple sclerosis individually and also to all the ADs evaluated and taken together as a single trait (OR: 1.54; 95% CI: 1.25-1.92; p-value<0.001).

CONCLUSION: Exposure to OSs is a risk factor for developing ADs. As a corollary, individuals with non-modifiable risk factors (i.e., familial autoimmunity or carrying genetic factors) should avoid any exposure to OSs in order to avoid increasing their risk of ADs. 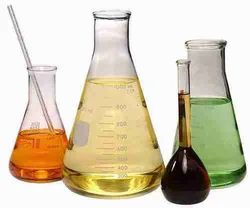 “The findings of this meta-analysis are new to me and interesting. How do organic solvents increase your risk of getting MS? They may act in the same way as cigarette smoke is hypothesised to act; i.e. by altering proteins and making them immunogenic. The changes that these substances cause in proteins are called post-translational modifications (after the protein has been made) and the immune system sees them as being foreign and mounts and immune response against them. This is another piece of the increasingly complex jigsaw puzzle that will need to be explained when we finally pin down the cause of MS and prevent it.”