“I read an interesting article on my way to work this morning; for those of you who don’t know I commute by Tube  or the London Underground to work. My journey takes ~45 minutes, which gives me  time to read.  The article was on overcoming blind spots! Neurologists call blind spots scotomas. Many MSers have visual scotomas as a result of optic neuritis; i..e you fail to recover vision in an area that is typically in the center or just off the center of vision. Eye doctors call these central or paracentral scotomas.” 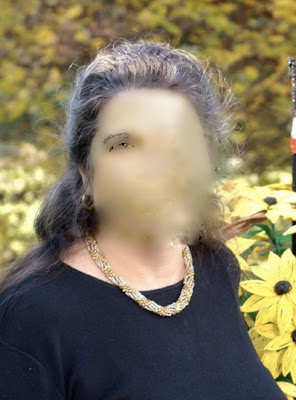 “This article was interesting in that it is referring to attentional scotomas or inattentional blindness.”

…… In 1999, psychologists Daniel Simons and Christopher Chabris published the results of a now-famous experiment. Study participants were shown a video in which two teams of three persons each, one dressed in black and the other in white, revolved around each other and passed basketballs to their teammates. The participants were told to count the number of passes among the players in white. During the video, a woman in a gorilla suit walked across the screen pounding her chest, remaining there for 5 seconds. When the video ended, the participants were asked whether they noticed anything unusual. Consistently, about 50% failed to notice the gorilla.1 Since the participants were focusing only on the white team’s passes, most or all of them probably also missed other elements that were much more mundane than the gorilla — such as whether the black team made more or fewer passes than the white team and the pattern or strategy of the game.

But even more striking than what was missed was the resistance of the participants to the possibility that they could have missed something as obvious as a gorilla. Indeed, when shown the video a second time, some even insisted that the experimenters were tricking them and had substituted a different video.

This tendency to lose oneself in specific stimuli at the cost of not seeing other things that are right before one’s eyes has been termed inattentional blindness. The mind can attend to only so much information at once. When we focus our attention in one direction, other obvious stimuli may not register. This tendency helps explain why, for instance, driving while talking on a hands-free cell-phone device is no safer than driving with a cell phone in hand: the danger lies in the occupation not of one’s hands, but one’s mind. Simons and Chabris call the refusal to acknowledge that one has such blind spots “the illusion of attention” and note, “The idea that we can look but not see is flatly incompatible with how we understand our own minds, and this mistaken understanding can lead to incautious or overconfident decisions.”

The concept of inattentional blindness has broader implications for human cognition in terms of the limits of our attention, the power of our expectations, and our reluctance to question our existing beliefs when we receive new information. So perhaps it can help us understand the blind spots in our national health care narrative and the difficulty of acknowledging their existence…….

“Attentional scotomas or inattentional blindness is something researchers in the field of MS are suffering from, me included. We are ignoring glaring ambiguities in the MS data set that is telling us something fundamental about the cause of MS. This is why the field is right for a paradigm shift. I am convinced that MS is not an autoimmune disease, this is not to say the immune system is not involved in MS it clearly is. What we need to find out is what the immune system is responding to. This is easier said than done!”

“I think we should be focusing on the rebound activity that occurs post-natalizumab therapy. Natalizumab is a very effective therapy that switches off focal inflammation in MSers; i.e. it stops relapses and MRI activity. However, when you remove the drug and allow  the immune cells to re-traffic into the brain and spinal cord they find something in the brains of MSers that causes the disease to come back with a vengeance. Why? The immune system must be finding and responding to the cause of MS. What is it? In my opinion it is probably a virus. Which is why the Charcot Project is so close to my heart!”