#MSBlog: Preventing vascular disease may impact on the course of MS; vD supplements may be one way of doing this!

“At the recent IPMSC (International Progressive Multiple Sclerosis Collaborative) meeting in Milan a lot of discussion was centered around the topic of progressive MS and other co-morbidties; i.e. other diseases that may not be associated with MS, but can contribute to its progression. Several attendees suggested that the reason why Simvastatin, a drug that reduces cholesterol and cardiovascular events, including cardiovascular deaths (heart attacks and stroke), works in MS is that it is treating the co-morbidities that contribute to MS progression. Interesting?”

“The following paper confirms that MSers are as likely to suffer from vascular diseases as the general population, which may explain why age is such an important risk factor for disease progression.”


BACKGROUND: Despite the importance of comorbidity in multiple sclerosis (MS), methods for comorbidity assessment in MS are poorly developed.

OBJECTIVE: They validated and applied administrative case definitions for diabetes, hypertension, and hyperlipidemia in MS.


METHODS: Using provincial administrative data they identified MSers and a matched general population cohort. Case definitions for diabetes, hypertension, and hyperlipidemia were derived using hospital, physician, and prescription claims, and validated in 430 MSers. They examined temporal trends in the age-adjusted prevalence of these conditions from 1984-2006.


CONCLUSION: Administrative data are a valid means of tracking diabetes, hypertension, and hyperlipidemia in MS. The prevalence of these comorbidities is similar in the MS and general populations.

“Why are comorbidities important? If they are contributing to disease progression and MS-related mortality then any holistic approach to MS should address these diseases. Which is why the following non-MS-related   vitamin D studies are so important. They are well performed epidemiology studies from Denmark that show low vitamin D levels increase your chances of heart disease and stroke. The implications are that if you keep your vD levels high you may be able to prevent or delay vascular disease. This is another reason why MSers should keep themselves vD replete; most vD experts consider a level between 100-150nmol/L to be optimal.” 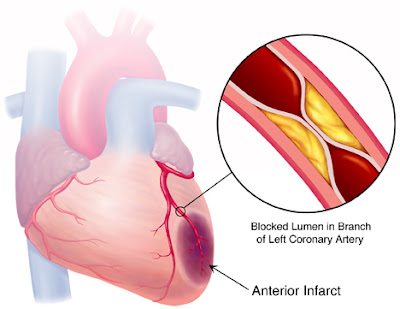 
METHODS: They measured plasma 25-hydroxyvitamin D in 10,170 individuals from the general population, the Copenhagen City Heart Study. During 21 years of follow-up, 1,256 and 164 persons developed ischemic and hemorrhagic stroke, respectively. In a meta-analysis of ischemic stroke, they included 10 studies, 58,384 participants, and 2,644 events.

INTERPRETATION: In this large population-based prospective study, they observed stepwise increasing risk of symptomatic ischemic stroke with decreasing plasma 25-hydroxyvitamin D concentrations. This finding was substantiated in a meta-analysis.

“Who said this blog was only about MS? If we want to spread the message of a holistic approach to treating MS we need to cover all issues that may impact on your life? This includes vD supplementation. Do you mind doing another quick survey around vD supplementation in your country?”