#MSResearch#MS Blog How month of birth links to MS

It is widely acknowledged that month of birth influences the risk for developing multiple sclerosis (MS) later in life. This has been consistently shown in a number of countries and regions including England, Scotland, Canada, Denmark, Sweden, Sardinia, Finland, and Australia. The month of birth effect is particularly evident in England, where the risk for MS peaks in May and drops in November for those born in those months

Antigens are seen on T cells by T cell receptors, when they are formed from the DNA sequences a same bit of DNA is left over called a siTREC (signal joint TCR excision circles) the more TRECs the more T cells are beginning educated in the thymus (where T cells learn what to attack and what not to attack) 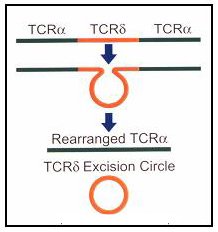 Individuals born in May had significantly less circulating Vitamin D than those born in November and a signficant greater number of TRECs
By looking at TRECs, it was found that month of birth has a significant effect on thymus output. It is thought that that birth month influences T-cell production and may impair T-cell central tolerance and/or T-regulatory/T-effector cell balance, predisposing to MS. Interestingly, the risk for immune conditions other than MS, including type I diabetes, rheumatoid arthritis, and ulcerative colitis, is also higher in spring-born individuals, suggesting the presence of shared pathways of disease developmentr across these disorders.
This yet another link in showing how vitamin D can influence the triggering of autoimmunity