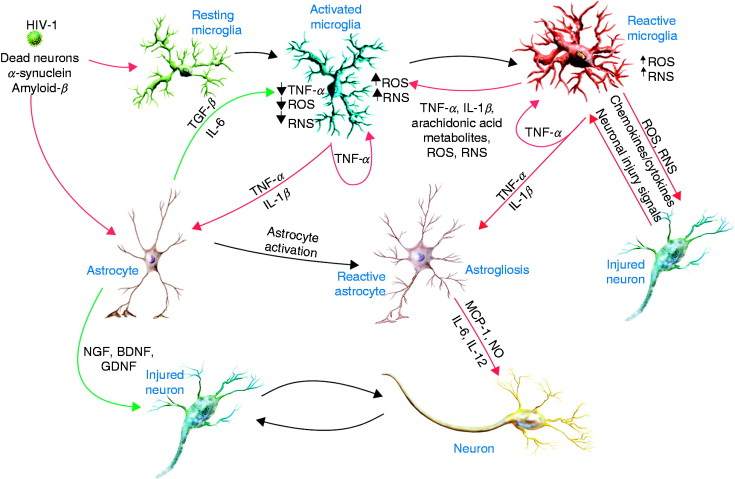 Microglia are the cells of the immune system that are resident in the brain. To some people microglia can be “bad cops” and can be part of the damage, but those responses are part of inflammatory response and bart of this is repair. Therefore, microglia can also be “good cops”. We now that to get repair in animals you need to clear up debris from damage. In this study they hunted for factors and found factors that promoted nerve repair/adaption one of these was called protease serine 2. Yet another target for repair.