Abstract
It has not yet been established whether genetic predictors of multiple sclerosis (MS) susceptibility also influence disease severity and accumulation of disability. Our aim was to evaluate associations between 16 previously validated genetic susceptibility markers and MS phenotype. Patients with clinically isolated syndrome verified by positive magnetic resonance imaging (MRI) and cerebrospinal fluid findings (n=179) were treated with interferon-β. Disability and volumetric MRI parameters were evaluated regularly for 2 years. Sixteen single-nucleotide polymorphisms (SNPs) previously validated as predictors of MS susceptibility in our cohort and their combined weighted genetic risk score (wGRS) were tested for associations with clinical (conversion to MS, relapses and disability) and MRI disease outcomes (whole brain, grey matter and white matter volumes, corpus callosum cross-sectional area, brain parenchymal fraction, T2 and T1 lesion volumes) 2 years from disease onset using mixed-effect models. We have found no associations between the tested SNPs and the clinical or MRI outcomes. Neither the combined wGRS predicted MS activity and progression over 2-year follow-up period. Power analyses confirmed 90% power to identify clinically relevant changes in all outcome variables. We conclude that the most important MS susceptibility loci do not determine MS phenotype and disease outcomes. 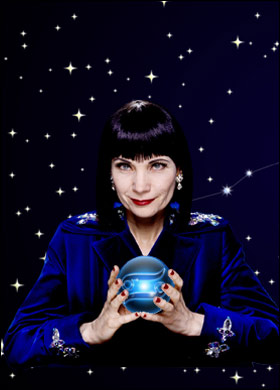 This article covers an area that I am quite interested in – using biomarkers and/or genetics in order to predict disease. The authors looked at people with clinically isolated syndrome and attempted to use a risk score based on their genes to predict who had disease progression over a two year period. The study was essentially negative; there was no relationship between the risk score that the authors used and a variety of both clinical and MRI measures of disease activity and/or progression.
However, there are a few limitations of this study. Firstly, the population that was studied all had positive oligoclonal bands in the CSF, and they all had MRI evidence of disease. This means that only people at high risk of progressing from CIS to MS were selected to be included in this study.
Secondly, and possibly more importantly, the authors only used (relatively limited) genetic information to derive their score. They used 16 genetic markers, whereas the most recent genetic studies have identified ?50 genes as being associated with MS (see here). They didn’t use any information from biomakers, which some of the authors on this paper have demonstrated improves the predictive power of an MS risk score (see here). And then there are a number of other factors that have been shown to be important in affecting MS risk that are not included in their algorithm, such as month of birth and gender.

I think it would be really helpful to be able to predict disease course at the onset of MS, to enable patients to make better informed decisions about treatment. What do you think – is there a need to do this work, or are we barking up the wrong tree?