Is it ethical to randomise interferon-beta failures in a trial back onto interferon? #MSBlog #MSResearch

Results: Fingolimod 0.5 mg reduced ARR over 12 months by 32-59 % relative to IFNβ-1a in all subgroups defined by demographic factors or baseline disease characteristics. Fingolimod also reduced the number of new Gd-enhancing lesions, active T2 lesions, and the rate of brain volume loss, versus IFNβ-1a in most (95 %) subgroups. In MSers with high disease activity despite IFNβ treatment in the year before study, fingolimod 0.5 mg reduced ARR by 61 % relative to IFNβ-1a. Reductions in lesion counts and brain volume loss also favored fingolimod in these MSers.

Conclusions: In conclusion, consistently better efficacy was observed for fingolimod compared with IFNβ-1a across different subgroups of RRMSers. 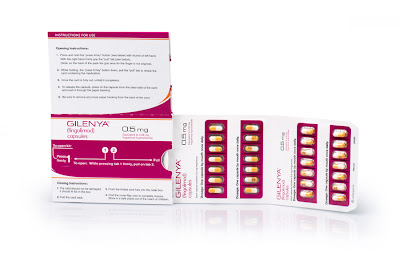 “This subgoup analysis shows that if you have highly-active MS fingolimod has a greater effect on relapses than in active MSers. This seems to be a common theme across all DMTs; i.e. the more active your disease the greater the therapeutic impact. Why? As always the results are relative, and depend on the activity in the comparator group; the greater the activity in the comparator group the greater the relative efficacy. The problem with the TRANSFORMS study is ~50% of subjects had previously been on interferon-beta before going into the trial and had had at least one documented relapse during the previous year or at least two documented relapses during the  previous 2 years; in other words half the study subjects were interferon failures or interferon suboptimal responders. Therefore comparing fingolimod to this groups inflates its relative efficacy. So is fingolimod better than interferon-beta? It probably is but at not at level of 61% in the highly active group. To assess this we would need a head-2-head study in MSers who have never been on interferon-beta in the past. This study is unlikely to happen at this stage.”


“Is it ethical to randomise interferon-beta failures in a trial back onto interferon?”