Background: To expand current knowledge, this study examined the safety and tolerability of subcutaneous interferon β-1a in MSers with pediatric-onset MS.

Methods: Records from 307 MSers who had received at least 1 injection of subcutaneous interferon β-1a for demyelinating events when aged younger than 18 years were reviewed.

Results: Overall, 168 (54.7%) MSers had at least 1 prespecified medical event related to or under close monitoring with subcutaneous interferon β-1a or specific to pediatric MSers, 184 (59.9%) had non-serious medical events related to treatment or of unknown causality, and 12 (3.9%) had serious medical events irrespective of causality. The most common laboratory abnormalities were increased alanine (74/195; 37.9%) and aspartate aminotransferase levels (59/194; 30.4%). Annualized relapse rates were 1.79 before treatment and 0.47 during treatment. 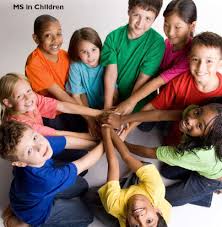 “No surprises here; the profile of interferon-beta in childhood-onset MS appears similar to that in adults. I wonder what the new generation drugs will be like, in particular the more efficacious ones. Will they prevent the cognitive impairment or poor cognitive development that is so characteristic of childhood MS?”