Flatlining MS disease activity; what do we need to do to make it a reality? #MSBlog #MSResearch

“In the last few weeks we have been discussing the paradigm of early effective treatment as an emerging treatment strategy to suppress all disease activity before MS causes any significant damage. Why? Simply because the earlier you prevent damage the better the prognosis. The reason for this that the brain and spinal cord have reserve capacity to adapt to damage by compensating. Once one’s compensatory capacity is exhausted you enter the progressive phase of the disease. Prior to the progressive phase of the disease MSers who are compensating for damage may experience activity-dependent fatigue; in other words they fatigue earlier than normal controls when doing challenging cognitive or even physical tasks. There is a energy cost of compensation. Evidence for previous damage in MSers who are functioning normally can usually be detected with detailed cognitive assessments or using sensitive MRI outcomes for example brain atrophy.”


“Some of you are cynical about the concept of early effective treatment working. I agree that we don’t have the necessary long-term data at hand. But we do have early data suggesting this is a viable treatment strategy. The question that needs to be asked is ‘should we deny MSers today access to this treatment whilst we wait for the data to emerge supporting this treatment over the next 10-20 years?’ The following are three examples of highly effective treatments that flatline disability in the majority of MSers treated with them early in the course of their disease.” 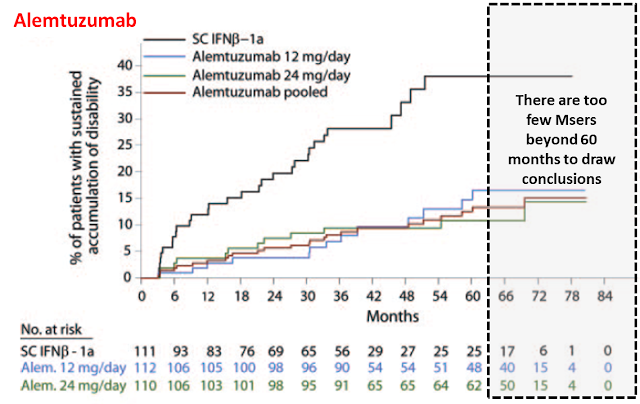 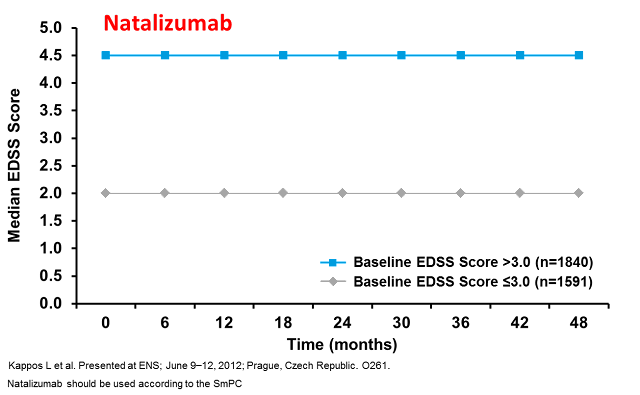 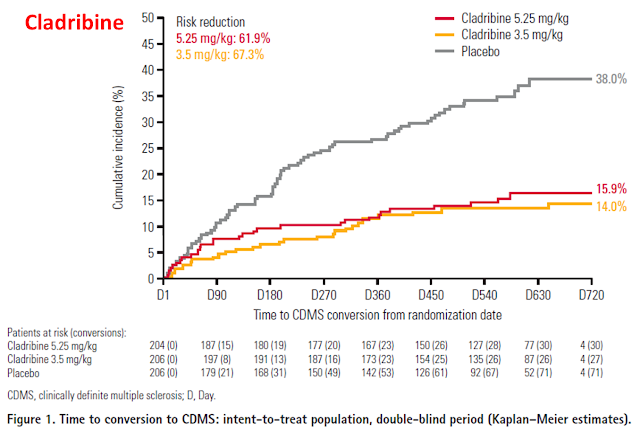 “Alemtuzumab, natalizumab and cladribine are all punt in the high-efficacy zone. It is clear that MSers when given access to these treatments do very well in the short-term. I am not saying that all MSers do well; there are a minority who have breakthrough disease that need to be retreated or considered for another treatment. However, the majority do well.”

“The problem we have in Europe and the UK is that the regulators don’t want us to have wider access to these treatments. They want to limit their use to a small group of highly active MSers (two disabling attacks in a 12 month period with active MRI) and to use them second line in MSers who fail the so called platform therapies. The problem with the latter is that you have to not just fail them, but fail them badly with very active disease. This strategy leaves MSers with smouldering MS in no-man’s land; i.e. active disease but without access to more effective treatments. Another worry is the introduction of several other first-line therapies. Will our payers expect MSers to cycle through all the first-line therapies before accessing the next tier of highly active treatments? This cycling is what concerns me most; spending years with smouldering MS on ineffective or partially effective therapies will result in MSers acquiring significant damage before accessing the necessary treatments.”

“Data on the newer more effective agents and my concerns about the consequences of delaying access to treatment is why I am campaigning for earlier access to these treatments and the change in treatment philosophy from ‘safe and smooth’ to ‘early highly-active’ treatments. Can we really expect MSers to wait for the outcome of an experiment that will take another 15-20 years? Why can’t they become part of that experiment? Surely MSers are capable of making their own decisions about risks and benefits? Why should regulators, payers and neurologists make these decisions for MSers?”

P.S. “Despite very good efficacy data the EMA and FDA decided not give cladribine a license. As a result of this decision the company developing cladribine have decided not to develop the drug further. Can we, the MS community, resurrect cladribine? I hope so; it is a very effective treatment.”