OBJECTIVE: We assessed whether the ability of CRYAB to reduce the activation of T cells translated to the human disease.


METHODS: CD4+ T cells from healthy controls and volunteers with MS were activated in vitro in the presence or absence of a CRYAB peptide (residues 73-92). Parameters of activation (proliferation rate, cytokine secretion) and tolerance (anergy, activation-induced cell death, microRNAs) were evaluated.


RESULTS: The secretion of pro-inflammatory cytokines by CD4+ T cells was decreased in the presence of CRYAB in a subset of relapsing-remitting multiple sclerosis (RRMS) participants with mild disease severity while no changes were observed in healthy controls. Further, there was a correlation for higher levels of miR181a microRNA, a marker upregulated in tolerant CD8+ T cells, in CD4+ T cells of MS patients that displayed suppressed cytokine production (responders).


CONCLUSION: CRYAB may be capable of suppressing the activation of CD4+ T cells from a subset of RRMS patients who appear to have less disability but similar age and disease duration. 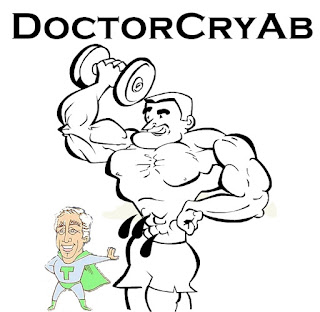 CRYAB is another name for Alpha B Crystallin which our friend Hans van Noort (DoctorCryAb) first discovered was a potential target for autoimmunity in MS. This is expressed by stressed oligodendrocytes and as healthy humans and MSers all have T cells reactive to this, especially after infection with EBV which makes B cells express CRYAB and they present and activate T cells.

Larry Steinman and chums think that CRYAB is an immunological brake and suggests that it can inhibit T cell responses. In this study they use a peptide and suggest it inhibits T cell responses in a test tube in some MSers, but not healthy humans?….I wonder if it does this in the body, as the protein has already been given to healthy volunteers. I  must ask DoctorLove the belle of DoctorCryAb.