METHODS: These investigators’ conducted a systematic review of literature from 1965 onwards and integrated elements of original research, including requested or completed data by surveys authors and specific analyses.

RESULTS: The review of 5323 documents yielded ten studies for age- and sex-specific analyses, and 21 studies for time-trend analysis of single data sets. After 1985, the incidence of multiple sclerosis ranged from 1.12 to 6.96 per 100,000 population, was higher in females, tripled with latitude, and doubled with study midpoint year. The north registered increasing trends from the 1960s and 1970s, with a historic drop in the Faroe Islands, and fairly stable data in the period 1980-2000; incidence rose in Italian and French populations in the period 1970-2000, in Evros (Greece) in the 1980s, and in the French West Indies in around 2000. 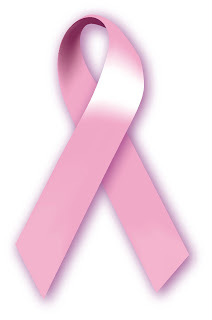 “Why the increasing incidence in women? Alberto Ascherio, at Harvard, thinks smoking accounts for ~50% of the observed increase in incidence. I disagree. In Iran where very few women smoke (~6-8%) has seen the greatest increase in women with female to male ratios reaching 5:1. I think it has to do with the Iranian revolution and woman having been forced to cover-up outdoors. We now see much lower vitamin D levels in Iranian woman compared to Iranian men.”

“What about in the developed world? I suspect this is due to the cosmetics industry and the fact that the dermatologists have won their war on melanoma and other skin cancers? Most makeup (foundation or base) have sun block in them; UV skin damage causes premature ageing, If you want to keep looking youthful make sure you use sunblock. Don’t let Little Johnny or Little Mary get sunburnt. Kids in developed country hardly see light. The sales of sunblock have soared by nearly 1000% in the last 20 years.”

“What about in Asia? Covering-up and preventing skin darkening is endemic from India to Japan. The risk of vD deficiency and MS risk may not be in the woman herself, but in her children. We now have hints that the developing immune system does not develop normally in the womb of the mother is vD deficient and is predisposed to developing autoimmune disease in life. If we know all this why don’t we do something about it? Search this blog using the term vitamin D and see what else we have to say.”