You ask is there an XXMD3 (xx chromosome = female,
MouseDoctor Three) who is more sensitive than the grumpy old mice (MD and evil
twin-MD2). Obviously  some of you
don’t like the “Statler and Wardorf” approach to your science news.
Yes there is an XXMD3. 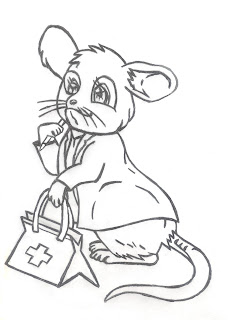 Team G forays into the BLOGosphere are fraught with dangers,
especially with regard to character assassination……especially  as you lot can be quite brutal sometimes. It
one takes one misguided soul to upset the apple cart.
ProfG has evolved the defence mechanism against abuse 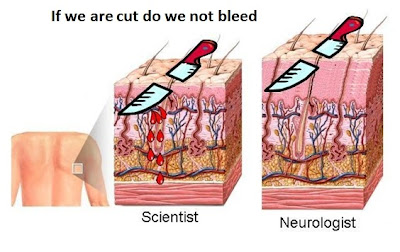 MD1
and MD2 spent years doing “Meet the Scientists” and have dipped their paws in
the public engagement pond and got pushed-in by ProfG….. but bleed…… and
sometimes bite.
Anyone from TeamG can post and other members of Team G
contribute by either providing concepts, content, by finding content, making
direct posts or sometimes by adding comments.
Some are too busy or shy.
After their very first post of one (XX)  member of the gang, you lot were so amazing rude,
that they never posted again! Then there is “Sid the Sexist”, etc.  who sometimes rears his ugly head.  Also how many times have we heard when someone
new posts….What does G or Ram think etc… it does wonders for the
confidence..
Will the Blog get an Athena Swan award?…….this is some reward (a bit like having stars on your name badge at
McDonuts)  for having  females in Science.
Mark my word..,, we will soon having the Eddy
the Eagle awards for males in power……Thirty years ago,  science was 80% male…it is now 80% female this is filtering through….soon
we  will be adding “Males are encouraged
to Apply” for job adverts.
Until the female members Team G
want to post more often ….its testosterone for the moment :-), Doctor  DoctorRuth is off to pastures green maybe Doctor M&M?