Thousands of MSers are not getting DMTs or the care and support they need, according to a report launched by UK MS Society.

The MS Society wants equal access for all to treatments. However, not everyone was happy about this approach; the following article explains why.

‘A lottery of treatment and care – MS services across the UK’ report by the MS Society: who does it represent? Paul J. Bull (Hon Visiting Fellow, Anglia Ruskin University ) 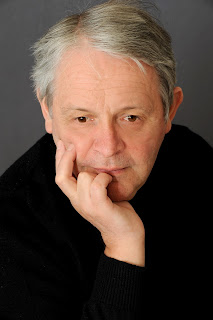 This paper challenges the findings of the report by the MS Society ‘A lottery of treatment and care’ by arguing that they cannot be supported by the research methods used to produce them. In particular, it shows that the sample of members of the MS Society with MS used for the research cannot be regarded as representative either of all people with MS in the UK or of all members of the MS Society with MS. Furthermore, it cannot be thought to offer meaningful results for either of these two cohorts of people at sub-national spatial scales either. It is therefore suggested that much more rigorous scrutiny of future projects by the MS Society must be undertaken in the future to stop such tawdry research being repeated.

In the interests of transparency and good debate we have asked the MS Society to respond.

MS Society response to ‘A lottery of treatment and care – MS services across the UK: who does it represent?’ paper by Dr Paul Bull

We’re surprised to see this criticism of our study. We planned the work carefully, and overall the reception has been overwhelmingly positive. A number of scientists, clinicians, health professionals, politicians and professional organisations have praised our methodology, and supported our work to improve access to vital services and support for people affected by MS in the UK. Many of these groups formally endorsed our report. It is a shame to see this ill-informed critique distract from this important work, particularly as it comes from Dr Bull who, when a member of our Research Strategy Committee, had substantial opportunity to shape this work. We have responded in full directly to the author of the critique, but we’re grateful for the opportunity to post a shorter response here on your blog.

It seems that the author makes two main points regarding our methodology. The first is that we used a survey of members of the MS Society to describe the broader situation for people with MS in the UK. The second is that instead of only including a small sample of our members we invited everyone to take part.

On the first point, ideally we would have a perfect list of all people with MS in the UK we could write to for such research. But such a list doesn’t exist, and in its absence many researchers have used the MS Society’s membership list as a way to understand the experiences of people with MS. This includes people such as Professor Ray Fitzpatrick of Oxford University, who is Director of the Government’s Health Service Research Programme. He used a very similar methodology to understand people with MS’s experiences of health services in England – We note that the author of this critique was a co-author on another study which used the same methodology – writing to MS Society members to understand the services they are accessing – These are just two examples of the many studies which have used this technique. We are not sure why he now criticises so strongly a methodology that he himself has used. As the author acknowledges our respondents were broadly representative of people with MS in the UK in terms of age and gender, so it is unclear in what way he thinks our 10,530 respondents misrepresent the experiences of people with MS.

On the second point, this seems to indicate a fundamental misunderstanding of research methodology. The reason for sampling a population, instead of including everyone, is normally because it allows you to get close to the ‘true’ result for the whole population whilst saving on time (both for the researchers and participants) and money. The author states that a smaller sample is somehow better than a whole population survey, but this simply isn’t the case. It can produce similar results, and often the results are close enough, but they are always less representative. Had we only wanted national level statistics a smaller sample would have probably been enough, but because we wanted to understand people’s experiences at a local level we needed every one of those 10,530 responses.

The author also makes some further allegations which are simply untrue. He states that we ‘berated’ local health professionals and health authorities, when we did no such thing. Indeed in the author’s own area the Clinical Commissioning Group stated in the local press that they ‘welcome the Society’s determination to work closely with us’. He also describes our failure to involve our own local staff as ‘inept’, whereas of course we involved our hard-working local staff throughout the project.

We believe that the conclusions of our research are profound – it cannot be fair that where you live in the UK plays such a part in whether or not you are prescribed disease modifying therapy, or that the more you are struggling financially the less likely you are to be able to access powered wheelchairs, home adaptations or even information about your MS. We are immensely proud of our work in this area, the research we conducted and the campaign we launched to make things better Over 7,000 people so far have joined our campaign to stop the MS Lottery, and we would urge the author, and readers of your blog, to join us. http://mslottery.mssociety.org.uk/join-the-campaign/