How long should we wait to call benign MS bening? 50 years? #MSBlog #MSResearch

“MD posted this paper more than a year ago attracting relatively little attention. I think it needs more discussion in view of some recent comments. One of the major arguments against early treatment DMTs, or treatment with DMTs at all, is that I may have benign MS therefore treating me with toxic drugs is not on.”

“I agree if you do have benign MS then you don’t need treatment. The difficulty with making a diagnosis of benign MS early on in the course of the disease as been stressed in the past; neurologists including myself get it wrong. This is why a wait-and-see approach to defining your prognosis, should be an active wait-and-see approach. Not the go away and come back and see me when you have a relapse. As I have said before most MS disease activity occurs at a subclinical level which is why we need MRIs to monitor this disease. As more data emerges more sophisticated MRI techniques will be needed, for example to measure brain atrophy and other subtle signs of damage.”

“This population based natural history study of MS will not get better than this. These MSers were diagnosed between 1950 and 1964 (the year of my birth) and were followed for up to 50 years. Their chances of having non-progressive disease at the 50 years was 14%; i.e. 1 in 7 RRMSers had not become progressive by then. Early features that predicted a non-progressive course were complete remission after the first attack, low or moderate initial relapse frequency and possibly a clinical course dominated by sensory symptoms. I suspect if they had MRI back then then a low lesion load (zero or less than 2 lesions) would also have helped. The important thing to note is that transition to SPMS still continued to occur after forty years of follow-up. MS is truly a life-long disease.”

“Although this study is very reassuring for RRMSers in that you have a 14% chance of not progressing to SPMS after 50 years; the corollary is that 86% of you eventually develops SPMS. The question that will take a lifetime to answer is what will this figure be after the recent introduction of highly-effective DMTs? Would you like to wait for this question to be answered knowing that there is a relatively narrow window of opportunity, early in the course of MS, to treat you when there is little damage and a lot of brain reserve to allow recovery and relatively normal neurological function? This is the dilemma that faces us all; it is a balancing act of trying to do good on the one hand with what we know and trying to prevent doing anything untoward on the other.”

“Who makes the decision about risks and benefits is in your hands. Should it be the regulators (FDA or EMA), payers (NICE, NHS or insurance companies), national neurological associations, your neurologist, your MS nurse, you or someone else?” 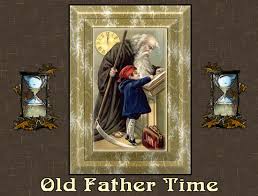 Background: MS may have a non-progressive symptomatology for decades; however, it is not clear whether the disease activity may abate completely.

Methods: These investigators identified a cohort of MSers, resident in Gothenburg at the time of disease onset, between the years 1950-64 (n = 307). These geographical and temporal restrictions, along with favourable conditions for a ‘spider’ epidemiological study, were optimal for an unbiased selection; this 15-year incidence cohort was essentially followed prospectively for 37-59 years after onset. The shortest follow-up time for MSers without primary or secondary progression was 45 years.

Results: For MSers with an initial relapsing-remitting course and multiple sclerosis diagnosis according to the Poser criteria (n = 202), the probability of non-progressive disease after 40 years was 22% (standard error 3.0%), and after 50 years it was 14% (standard error 3.2%). For attack onset including MSers with possible multiple sclerosis, the corresponding probabilities after 40 and 50 years were 35% (standard error 3.3%) and 28% (standard error 3.5%), respectively. At the last follow-up in 2009-10, when MSers reached the average age of the Swedish population life expectancy, only 13 MSers from the MS diagnosis cohort, according to the Poser criteria, remained alive and non-progressive. Their annualized attack frequency diminished with time from 0.29 to 0.015. These MSers had been functioning well socially. Nine MSers had an Expanded Disability Status Scale score of 0-2.5, and four patients had a score of 3 or 3.5, with deficits dating back to attacks decades ago. Eight MSers participated in a complete neuropsychological examination, which showed a slight difference (P < 0.01) concerning verbal memory and executive function compared to an age and socially matched reference group, whereas results for five other cognitive domains were within the normal range. Magnetic resonance images fulfilled the Barkhof-Tintoré criteria for multiple sclerosis in 10 of 11 MSers, with conspicuously few subcortical lesions relative to extensive periventricular lesions and lesions extending from the inferior midline aspect of the corpus callosum.

Conclusions: Prediction of the non-progressive stage was possible with moderate hazard ratios and low sensitivity. Early features that predicted a non-progressive course were complete remission of the onset attack, low or moderate initial relapse frequency and-when the MSers with possible multiple sclerosis were included-dominating afferent or sensory symptoms. The clinical disease activity had abated in these 13 MSers, with the caveat that transition to secondary progression continued to occur after four decades, albeit with decreasing risk.

Other posts on benign MS: