Can rehabilitation keep the cognitive shredder at bay? #MSBlog #MSResearch

“We should all know by now that given sufficient time the majority of MSers develop cognitive impairment that impacts on their quality of life, and social and occupational functioning. Progressive cognitive impairment, and the consequent MS dementia, is linked to inflammatory MS disease activity and brain atrophy. The pathological substrate for these phenomena is loss of axons and neurones. It appears that we may be able to prevent this by early, active, treatment. However, if the window for early active treatment is missed can we do anything for MS-related cognitive impairment? At present we don’t have any pharmacological means for boosting cognition in MSers. We may be able to improve your cognitive function by improving your sleep hygiene, reducing medication that causes sedation and cognitive slowing, and promoting brain health or lifestyle changes that make a difference; for example regular aerobic exercise. What about cognitive rehabilitation? The study below, albeit small and with a high dropout rate, provides some evidence that it works and that the effects persists for up to a year. This is good news. The bad news is that it is staff intensive and in cash-strapped austerity Europe it will be difficult to make a financial case at present for a new service development for cognitive rehabilitation when other specialist services are being cut or shrunk. This evidence is simply not strong enough. Could we improve the evidence base? Yes, we could but to do this we need grants and resources to the research. We recently had a grant on cognitive rehabilitation in MS turned-down by the NHIR (National Institute of Health Research), the research arm of the NHS, probably because we were asking for too much money. Dr Dianne Playford, from UCL, was the principal UCLP lead on this application; let’s hope she does not lose heart.”

“Is there anything else you can do in the interim to improve your cognitive functioning? Yes, there is. I would recommend using the self-help Staying Smart programme that was developed by Dawn Langdon for the MS Trust. It is simple and easy to use and the feedback I have had from MSers using it has been great.” 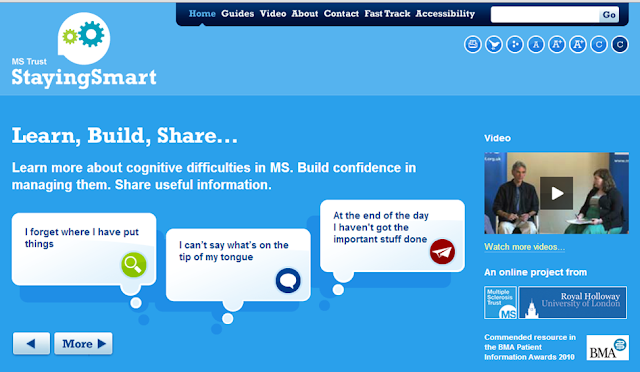 “Finally prevention is better than cure; we need to make sure MSers, neurologists, payers and regulators realise that it is better to tackle MS early to prevent, or delay, the consequences of MS in later life. If we don’t we will be letting down the next generation of people with MS who have yet to develop this disease. One way I have tried to raise awareness of this issue is by making the case for MS being a preventable dementia. It is relatively easy to get a walking stick or wheelchair when your spinal cord fails, unfortunately there is no wheelchair, or walking stick, for cognitive failure. Your brain is precious. Despite the backlash my MS dementia campaign has caused there seems to be a lot of support for the issue; this is based on the interim results of dementia survey (see below), which is still open for you to completer.”

OBJECTIVE: The aim of the present study was to evaluate whether short-term neuropsychological rehabilitation has long-term beneficial effects in a nine-month follow-up.

METHODS: 102 RRMSers with subjective and objective attentional deficits were randomized into intervention and control groups. Altogether 78 out of 102 MSers (76%) completed the longitudinal follow-up (intervention group 83%, control group 67%). Intervention group received strategy-oriented neuropsychological rehabilitation conducted once a week in 60-minute sessions during thirteen consecutive weeks. The control group received no intervention. Cognitive deficits, mood, fatigue, impact of disease, and quality of life were evaluated with self-reports at baseline, six months, and one year from baseline.

RESULTS: The positive effects of neuropsychological rehabilitation on perceived cognitive deficits were maintained for nine months. Among a subgroup of MSers with moderate to severe attentional deficits, positive rehabilitation outcome was even more evident.

CONCLUSION: The beneficial effects of strategy-oriented neuropsychological rehabilitation on perceived cognitive deficits in MS may be maintained for at least one year after the beginning of the intervention. 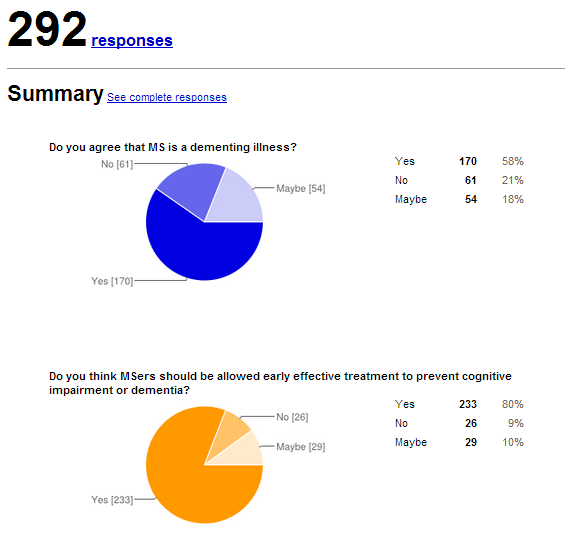