The possibility that retroviruses play a role in multiple sclerosis (MS) has long been considered; accumulating findings suggest this to be most likely in the form of human endogenous retroviruses (HERVs). A genetic test series of fifty endogenous retroviral loci for association with MS in Danes showed SNP markers near a specific endogenous retroviral locus, HERV-Fc1 located on the X-chromosome, to be positive. Bout Onset MS was associated with the HERV-Fc1 locus, while a rarer form, Primary Progressive MS, was not. Moreover, HERV-Fc1 gag RNA in plasma was increased 4-fold in patients with recent history of attacks, relative to patients in a stable state and to healthy controls.Finally, genetic variations in restriction genes for retroviruses influence the risk of MS, providing further support for a role of retroviral elements in disease.We speculate that endogenous retroviruses may activate the innate immune system in a variety of ways, involving the host proteins, Observations in HIV-positive patients suggest that anti-retroviral drugs can curb MS. Thus, these new findings regarding the aetiology and pathogenesis of MS, suggest alternative ways to challenge autoimmune diseases. 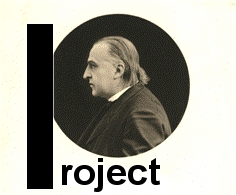 The charcot Project is recruiting