Dear doctor which is the most effective DMT? #MSBlog #MSResearch

“MSers are always asking me which is the best, most effective MS drug? It is not that simple to answer because we don’t have many head-2-head studies that aren’t biased. For example, even in the TRANSFORMS study that compared fingolimod to interferon-beta (Avonex) study subjects who were enrolled had to have active disease; i.e. they had to have had at least one documented relapse during the previous year or at least two documented relapses during the previous 2 years. As a large proportion (~50%) of them had failed, or had a suboptimal response, to prior interferon therapy the comparison was largely between Fingolimod and interferon failures. We therefore have to rely on so called ‘real-life” data from registries and from insurance companies. Although these data sets are not ideal the give us a rough idea of comparative efficacy. This study below shows us that fingolinod is more effective than the injectable first-line therapies. So if you are on an injectable what should you do? This will depend on what country you live as treatment guidelines often dictate how these drugs are prescribed. In the UK you can only go onto fingolimod if you have failed interferon beta; you can’t start fingolimod as a first-line therapy, nor can you switch from glatiramer acetate, or natalizumab, if you have not failed interferon-beta in the past. This is part of what I call the MS DMTs doughnut, that urgently needs filling.”

“Let’s say for argument sake that access to fingolimod is not a problem should you switch? This will depends on how well you are doing on IFNbeta or GA. If you are having relapses, or your MRI shows sub-clinical relapses, then the case for escalation therapy is relatively simple. If you have no evidence of disease activity (NEDA) then other factors will be more influential at an individual level; for example, injection site tolerability, other side effects, contra-indications, the risks of the more effective agents and other lifestyle issues. So there is no simple answer to the question of which is the more effective agent. This why you need to get yourself informed and discuss things in detail with your MS nurse and neurologist.” 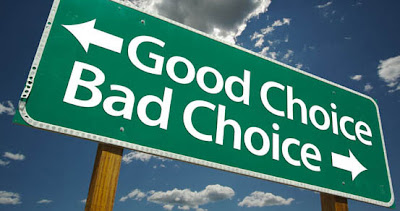 Methods: Using administrative claims data from the US PharMetrics Plus database, they identified previously treated and untreated MSers who initiated fingolimod, IFN or GA treatment between 1 October 2010 and 31 March 2011 and had experienced a relapse in the previous year. A claims-based algorithm was used to identify relapses over the persistence period in MSers with 540 days of post-index continuous enrollment. A logistic regression model assessed the probability of having at least one relapse and a generalized linear model estimated differences in annualized relapse rates (ARRs).

Limitations: Identification of relapses is based on the claims in the database rather than on a clinical assessment.

Conclusions: In a real-world setting, fingolimod was shown to be associated with significantly lower relapse rates than IFN/GA in MSers who had a history of relapses.