Background: Venoplasty with or without intravascular stents (the
“liberation” treatment) has been proposed as a treatment for multiple
sclerosis (MS) patients with radiologic findings suggestive of Chronic
Cerebrospinal Venous Insufficiency (CCSVI). The purpose of the British
Columbia (BC) CCSVI Registry is to gather information on safety and
efficacy from MS patients in BC, Canada who have received the
“liberation” treatment abroad.


Conclusions: The majority of participants’ self-reported benefits in
general health, fatigue level, mobility and exercise level following
CCSVI “liberation” treatment are short term and decline the longer the
time period from treatment. Interestingly, while this self perception
of impact of the therapy declines over time, this perception is less
true when patients are asked to rate the overall procedure (PR). This
may reflect psychosocial and interpersonal issues rather than be a true
measure of treatment outcome. 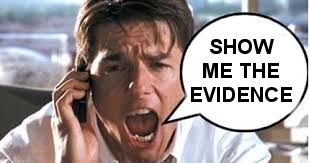 This study is to be presented next week at ECTRIMS and proably we should not comment until then but it has slipped out.


This short term benefit has been a consistent feature of reports, but it is not sustained. Therefore as the trials are much longer term the chances of finding a success is reduced. If we look at some of the the placebo effects in some trials, this lasts around three months.


You have been pressing Prof G on his beliefs about this aspect of MS, but if you take a step-back and look at the accumulating data.


This is the suggestion as far as I read it.

The original idea that there is 100% concordance of CCSVI and MS and that it is causal in MS is not supported. Therefore, the original view was fundamentally flawed.


Where the radiographic markers attributed to CCSVI are found.

This indicates it is not causal next

What is the therapeutic effect?

Therefore if the effect was so obvious it would be easy to detect in small well-controlled studies. Trials would be halted because of the obvious benefit. However so far it appears

As CCSVIers are gathering in Canada for a meeting this weekend, I am sure some venom may be mentioned about this site but the data is what it is and this is where the body of evidence is leading us.


If CCSVI was working I would say great it matters not to me.  I would dust myself down and try to move on. If MS is cured, which I hope it will be,  there are plenty of neurological problems to adapt ones skill set to


If something dramatic changes, we can change our world view but until then, sceptical is the order of the day.


This is what the weight of data is saying to me, so there you have it. You asked and pushed for opinions and one has now been given, it may be wrong, if it is, I am big enough (literally) to accept this,you may not like it but it is, what it is.


You may have your head in another worldview..but I say “show me the evidence”