Poor adherence with DMTs is costing you. Why is it a problem? #MSBlog #MSResearch

“Adherence, or compliance in old-speak, with prescribed medications is a big problem and is one of the main drivers for failure of DMTs in MS and other diseases. This study using the rate at which prescriptions are filled from a pharmacy demonstrates what a problem this is for MSers. There is unequivocable data showing that MSers who are non-adherent, or poorly adherent, to their medications do worse in terms of annualised relapses. What can we do to improve on this? This study shows that fingolimod, a tablet, helps improve adherence. However, even with fingolimod the medication possession ratio was only 0.83; i.e. 17% of doses were missed.  In fingolimod’s favour is its very long half-life, which means missing a few doses is unlikely to have a major impact on its efficacy. The only way to improve on this is to make sure we the medical profession ensure that MSers are educated and understand why the are taking DMTs and to provide them with tools to remember to take their medications. Why develop and study drugs when people don’t take them properly?”

“Any suggestions to help with adherence would be helpful.” 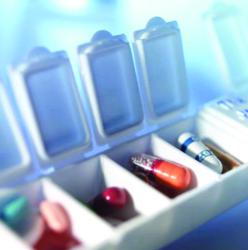 BACKGROUND: Adherence to disease-modifying therapies (DMTs) results in the reduction of the number and severity of relapses and delays the progression of multiple sclerosis (MS). MSers with lower adherence rates experience more inpatient visits and higher MS-related medical costs. Fingolimod, the first oral DMT approved by the US Food and Drug Administration, may improve the access and compliance to MS treatment when compared to injectable DMTs.


METHODS: This retrospective cohort study used pharmacy claims from Medco Health Solutions, Inc., of MSers who initiated DMTs between October 2010 and February 2011. Initiation was defined as no prescription fills for the same DMT in the prior 12 months. Patients without a DMT prescription fill 12 months before the index date were considered naive users. Compliance was measured via proportion of days covered (PDC) and medication possession ratio (MPR) for 12 months post-index. Discontinuation was defined as a >=60-day gap of index DMT supply. Cox proportional hazard models compared time to discontinuation between cohorts.