OBJECTIVE:Multiple sclerosis is now more common among minority ethnic groups in the UK but little is known about their experiences, especially in advanced stages. We examine disease progression, symptoms and psychosocial concerns among Black Caribbean (BC) and White British (WB) people affected by MS.
DESIGN:Mixed methods study of 43 BC and 43 WB people with MS (PwMS) with an Expanded Disability Status Scale (EDSS) ≥6 involving data from in clinical records, face-to-face structured interviews . Progression Index (PI) and Multiple Sclerosis Severity Score (MSSS) were calculated.
RESULTS:Median EDSS for both groups was (6.5; range: 6.0-9.0). Progression Index (PI) and Multiple Sclerosis Severity Score (MSSS) based on neurological assessment of current EDSS scores identified BC PwMS were more likely to have aggressive disease (PI F = 4.04, p = 0.048, MSSS F = 10.30, p<0.001). Patients’ reports of the time required to reach levels of functional decline equivalent to different EDSS levels varied by group; EDSS 4: BC 2.7 years v/s WB 10.2 years (U = 258.50, p = 0.013), EDSS 6∶6.1 years BC v/s WB 12.7 years (U = 535.500, p = 0.011), EDSS 8: BC 8.7 years v/s WB 10.2 years. Both groups reported high symptom burden. BC PwMS were more cognitively impaired than WB PwMS (F = 9.65, p = 0.003). More BC than WB PwMS referred to feelings of extreme frustration and unresolved loss/confusion associated with their rapidly advancing disease.
CONCLUSIONS:Delays in diagnosis should be avoided and more frequent reviews may be justified by healthcare services. Culturally acceptable interventions to better support people who perceive MS as an assault on identity should be developed to help them achieve normalisation and enhance self-identity. 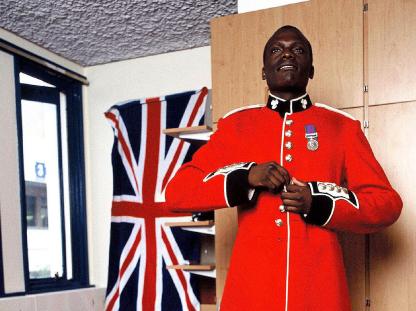 We have had some questions about mixed race and I talked about lower incidence of Black Africans compared to White Northern Europeans, However when we look at Black Northern Europeans the situation is not as rosy as the second generation plus take on the MS risk of the Europeans. This study suggests that when people of Caribbean dissent get MS or should we say more likely the children of the black Caribbean then they get more aggressive MS. Do we see less East Asian Msers I will let ProfG answer that but I certainly get to meet many non-white MSers. However, I think it points to the importance of environment.

Non-white people really do not get enough sunshine in Northern Europe, especially from November to April and really need to make sure they get that Vitamin D supplementation