Is infectious mononucleosis the cause or trigger of MS? #MSBlog #MSResearch

“The month or season of birth effect in relation has recently been called into question by the Cambridge group (Fiddes et al. 2013) based on the observation that births in general are seasonal. However, this finding is not accepted by all as data that has corrected for overall births still show a strong month of birth effect (Staples et al. 2010). As you are aware EBV, and more importantly, infectious mononucleosis (IM) or symptomatic EBV infection is a relatively strong risk factor for developing MS. The study below confirms IM as a risk factor in both Norway and Italy, but did not show any seasonal effect. I suspect this seasonal effect will be overridden by cultural factors that dictate exposure to EBV or kissing. IM incidence tends to peak during the first and second semester or term at University. The latter may override any seasonal effect.”

“Whether or not it is EBV infection, or IM, that is the cause of MS or it triggers the immune system to respond in a way that sets up autoimmune responses is unknown. This is why we need studies that target EBV, by preventing it with vaccination, or treating it with antiviral agents. The latter is part of our Charcot Project and a grant application that we had rejected 3 times. We need to get back to work on this; it is time for a new grant application.” 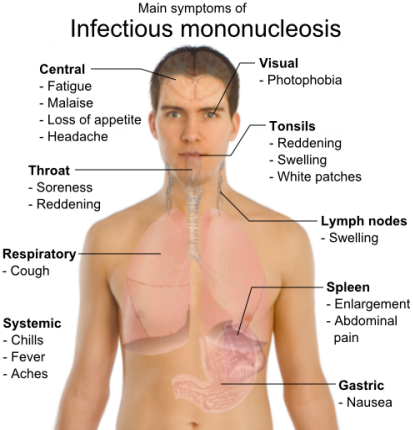 
METHODS: Altogether 1660 MS patients and 3050 controls from Norway and Italy participating in the multinational case-control study of Environmental Factors In Multiple Sclerosis (EnvIMS) reported season of past infectious mononucleosis (IM).

CONCLUSIONS: IM is associated with MS independently of season, and the association is not stronger for IM during spring, when vitamin D levels reach nadir. The distribution of IM may point towards a correlation with solar radiation or other factors with a similar latitudinal and seasonal variation.