Multiple sclerosis (MS) is an inflammatory neurodegenerative disease of the central nervous system (CNS) which leads to progressive neurological disability. Our previous studies have demonstrated mitochondrial involvement in MS cortical pathology and others have documented decreased levels of the neuronal mitochondrial metabolite N-acetyl aspartate (NAA) in the MS brain. While NAA is synthesized in neurons, it is broken down in oligodendrocytes into aspartate and acetate. The resulting acetate is incorporated into myelin lipids, linking neuronal mitochondrial function to oligodendrocyte-mediated elaboration of myelin lipids in the CNS. In the present study we show that treating human SH-SY5Y neuroblastoma cells with the electron transport chain inhibitor antimycin A decreased levels of NAA as measured by HPLC. To better understand the significance of the relationship between mitochondrial function and levels of NAA and its breakdown product acetate on MS pathology we then quantitated the levels of NAA and acetate in MS and control post-mortem tissue blocks. Regardless of lesion status, we observed that levels of NAA were decreased 25 and 32 % in gray matter from parietal and motor cortex in MS, respectively, compared to controls. Acetate levels in adjacent white matter mirrored these decreases as evidenced by the 36 and 45 % reduction in acetate obtained from parietal and motor cortices. These data suggest a novel mechanism whereby mitochondrial dysfunction and reduced NAA levels in neurons may result in compromised myelination by oligodendrocytes due to decreased availability of acetate necessary for the synthesis of myelin lipids. 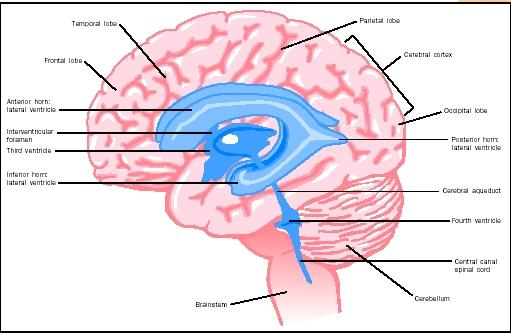 This suggests that disease related consequences of metabolism (cell activity) in the grey matter can have a knock-on effect in the white matter. At the moment there is a lot of work trying to determine the link between the two. Grey matter changes are an early event within MS. They suggest that molecules that are reduced in nerve proteins may be required myelin formatin.