“This post is in response to a request from one of our readers and is a quick and hasty post from multiple sources on my hard drive. Unfortunately, I don’t have brain atrophy data for teriflunomide. I don’t think the data has been presented at a meeting yet and is therefore not in the public domain. Although I know what teriflunomide does to brain atrophy I am not in a position to disclose the data as I am under a NDA, or non-disclosure agreement, with Genzyme.”


“Brain atrophy is a very important issue in MS; it is present from the outset of the disease, occurs in all stages of the disease and correlates with poor outcome. Reducing the rate of brain atrophy is becoming an important attribute of DMTs. Drugs that slow the rate of brain atrophy are more likely to address the neurodegenerative processes in MS that are responsible for disease progression.”
“It is difficult to compare drugs in relation to brain atrophy as the biology of different classes of treatments is different. What we do know is that drugs that are predominantly anti-inflammatory tend to shrink the brain in the first 6 to 12 months of treatment. This is called pseudo-atrophy and occurs as the swelling of the brain due to inflammation resolves. These drugs tend to slow atrophy in the second and subsequent years. In comparison fingolimod and laquinimod that have additional effects on the so called glial cells start to have an effect on slowing brain atrophy within the first 6-12 months. Whether or not the early effect of fingolimod and laquinimod on brain atrophy is due to early neuroprotection, or due to a change in cell volume, is a moot point at present. Despite both  these drugs have interesting modes of action and need to be explored further, particularly in progressive MS.” 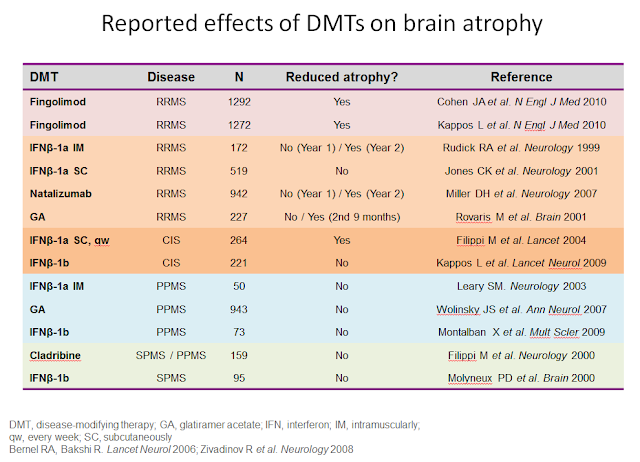 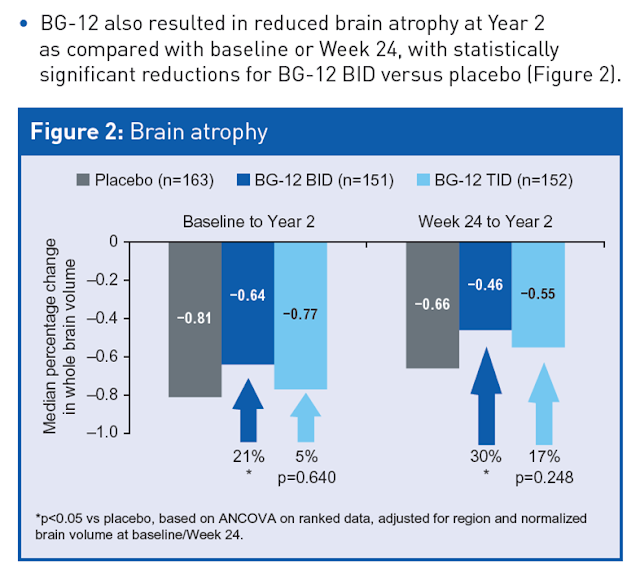 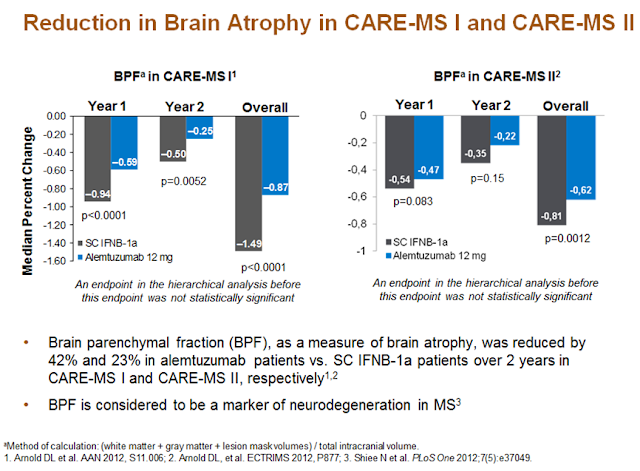 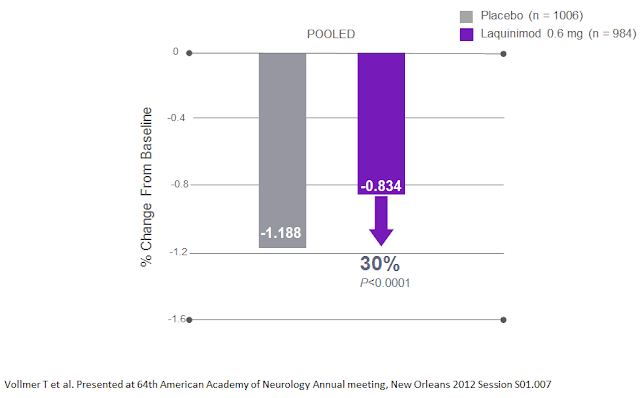 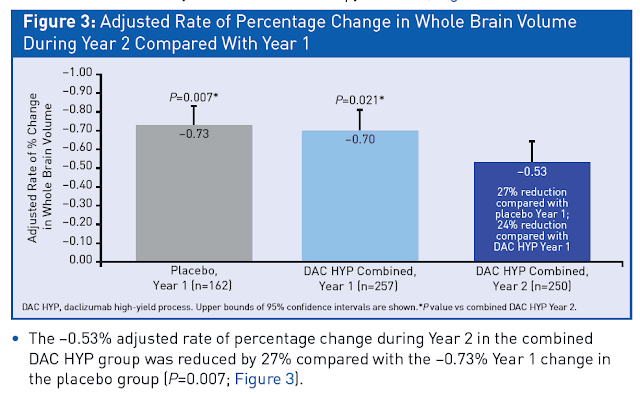 Other posts of interest on brain atrophy:
Multiple Sclerosis Research: Survey results: brain atrophy in MS
28 May 2013
The only way we are going to get brain atrophy up the agenda is for you to ask your neurologist about whether or not you have evidence of brain atrophy on your MRI. Unless the atrophy is gross atrophy, i.e. visible to the …
http://multiple-sclerosis-research.blogspot.de/

Multiple Sclerosis Research: Brain atrophy: what to do about it?
31 Jan 2013
“I was asked by a colleague in Porto last week whether or not I let the presence or absence of brain atrophy on MRI affect my clinical decision making about DMTs and treatment? I had to think about the question and haven’t …
http://multiple-sclerosis-research.blogspot.com/

Multiple Sclerosis Research: Version 4 of ECTRIMS brain atrophy …
30 Sep 2013
Version 4 brain atrophy infographic; comments please. #MSBlog #MSResearch “The following is version 4 of my brain volume infographic that I will be using at the blogging session at ECTRIMS. I still have time for changes.
http://multiple-sclerosis-research.blogspot.com/