Mice immunized with neuroantigens in incomplete Freund’s adjuvant (IFA) are resistant to subsequent induction of experimental autoimmune encephalomyelitis (EAE). The mechanisms involved in this protection are complex. Studies on relevant CD4+ or CD8+ T cells, including effective and regulatory T cells, have been performed by others. In this work, the effects of CD4-CD8- splenocytes on protection from EAE in C57BL/6 mice which were immunized with myelin oligodendrocyte glycoprotein 35-55 (MOG)35-55 in IFA were evaluated. We observed that MOG-reactive CD4+ T cells failed to be activated and proliferate when CD4-CD8- splenocytes from MOG/IFA-immunized mice were regarded as antigen-presenting cells (APC). It was shown that these APC expressed lower levels of major histocompatibility complex class II (MHC-II), CD80 and CD86 than naïve cells. In addition, CD4-CD8- splenocytes from MOG/IFA-immunized mice showed significantly higher levels of IL-10 mRNA expression. When the immunized-mice were induced to develop EAE, these cells secreted significantly higher levels of IL-10 and produced lower levels of IL-6, leading to decreased secretion of IL-17 and IFN-γ from MOG-specific CD4+ T cells. The transfer of CD4-CD8- splenocytes from MOG/IFA-immunized mice was able to ameliorate the subsequent induction of EAE in recipient mice. Thus, MOG/IFA immunization can modulate CD4-CD8- splenocytes by reducing the expression of antigen-presenting molecules and altering the levels of secreted cytokines. Our study reveals an additional mechanism involved in the protective effects of MOG/IFA pre-immunization in an EAE model. 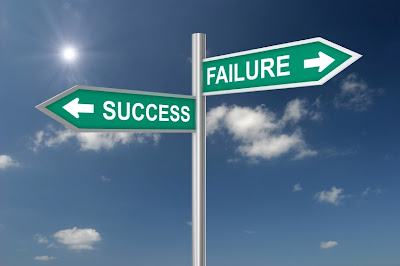 This study shows that if you pre-treat animals with antigen in adjuvant you get (in this case a marginal) control of subsequent disease. This is mediated not by T cell subset but other cell subset.


The problem with this approach is twofold (a) In rats and marmosets this type of treatment is actually used to induce disease and (b) even in mice, although this treatment does indeed induce a regulatory mechanism that can inhibit the development of  EAE, we showed many years ago that once animals have got disease, this treatment actually makes disease worse and precipitates a relapse.

So a blast from the past O’Neill JK, Baker D, Turk JL.Inhibition of chronic relapsing experimental allergic encephalomyelitis in the Biozzi AB/H mouse. J Neuroimmunol. 1992;41:177-87.


Chronic relapsing experimental allergic encephalomyelitis (CREAE) can be reproducibly induced in Biozzi ABH mice following injection of spinal cord homogenate (SCH) emulsified in complete Freund’s adjuvant (CFA). Active clinical disease is associated with mononuclear cell infiltration of the central nervous system (CNS), mainly the spinal cord. Whole brain homogenate (BH), however, failed to induce clinical or histological disease. In contrast, substituting sciatic nerve homogenate in the inoculum induced experimental allergic neuritis (EAN). Clinical disease was manifest earlier (13.1 +/- 0.3 days) than CREAE (16.2 +/- 1.4) and was accompanied by mononuclear infiltration of the peripheral nervous system (PNS). In comparison to CREAE induction, pretreating mice with SCH or BH in incomplete Freund’s adjuvant (IFA) suppressed the development of SCH-induced disease. The BH was more tolerogenic than the SCH and this hyporesponsiveness was CNS antigen-specific as PNS tissue failed to inhibit the course of CREAE. Tolerance induced by pretreatment with SCH or BH in IFA was reversed by a single injection of 200 mg/kg cyclophosphamide, 2 days prior to CREAE induction. This suggests that IFA-induced hyporesponsiveness is actively regulated, possibly via the action of suppressor cells. In addition, treatment with neuroantigens in IFA appears to be mainly afferent acting as it serves to prevent initial disease induction. This treatment after immunization for CREAE, however, fails to prevent disease progression. Furthermore, treatment with CNS antigens emulsified in IFA during the post-acute remission stage appeared to synchronize and induce (32 +/- 1 days) the onset of clinical relapse, compared with untreated controls (41 +/- 5 days). This indicates that such IFA treatment has minimal value in controlling an ongoing immune disease of the CNS.


This suggests there is limited merit in examining the mechanisms IFA induce unresponsiveness and will have limited value that could be related to MS as IFA is not going to be used in humans, John Turk likes the idea of B suppressor cells, that were killed by cyclophosphamide, are these the CD4-, CD8- antigen presenting cells in the current study?


The advantage from our work was that it showed us a way to synchronise relapses and this has helped in finding neuroprotective drugs, that may be relevant for progressive MS


As a general question, not relating to the current paper, should we be reinventing the Wheel every few years and repeating animal studies. Is it ethical?