Do you have inflammatory bowel disease as well as MS? It may be good news if you do. #MSBlog #MSResarch

“There has been a long reported association between inflammatory bowel disease (IBD), a putative autoimmune disease of the bowel, and MS. This study suggest that having both MS and IBD alters the course of MS, i.e. it makes it milder. Not sure how this would work biologically, but is an interesting observation. Could peripheral inflammation change the immune system in MS? Could the drugs that treat IBD work in MS as well? Lot’s of questions and plenty to find out.” 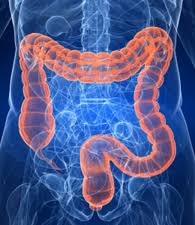 Background: An association between multiple sclerosis (MS) and inflammatory bowel disease (IBD) has been suggested.

Methods: 66 MS-IBDers were identified and were matched with 251 isolated MSers and 257 isolated IBDers controls. Main outcomes were scores using the Expanded Disability Status Scale (EDSS) in MS and extent of disease extension in IBD at last clinical evaluation. After a median 12 years of disease duration, the median EDSS and the percentages of MSers reaching an EDSS of 3.0 and 4.0 were significantly lower in MS-IBDers patients than in controls.

Conclusions: MS had no impact on IBD. MS course appears to be milder in MSers with concomitant IBD.