Anonymous; Monday, February 03, 2014 5:23:00 pm: “Prof. G a better analogy for big pharma joining the fray are hyaenas coming to feast on the carcass. Once they have finished there will nothing left for the vultures.”

“Excuse me; you have the wrong analogy. Before Pharma, and
now Big Pharma, got involved with MS it was an orphan disease. It is now a $15
billion per year market and growing. A better analogy would be a food chain or
pyramid; as one level grows fat it feeds the next level, which as it grows and becomes fat and juicy it attracts predators from the level above. As the
pyramid grows it produces dung, or fertilizer, which feeds the bottom of the chain
and the pyramid gets bigger. The scavenger analogy is negative and implies that
it will self-destruct once the bones are devoured or picked clean. We need the MS pyramid to grow, and grow, and grow, the unmet need in MS is massive.” 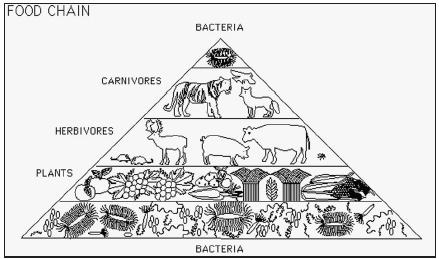 “The cynics reading this blog need to try and take a macroeconomic
look of Pharma and ask who owns Pharma? Most Big Pharma companies are listed
public companies that are owned by shareholders. Some the biggest institutional
shareholders are pension and insurance funds; these are the economic pillars of
modern society.  Therefore it is in everyone’s
interest that Pharma do well and make profits and reinvest them in R&D and
innovation. The latter is what will get us new drugs and improve the quality of
life of the people living on the planet with MS and other diseases. Built into
the Pharma model is a patent expiry date. Why? An innovation or discovery is
not a license to print money forever. When a patent expires generic or
biosimilars are made and the price of drugs plummet, or at least are reduced
substantially. This is the bargain that we as a society have struck with Pharma;
we pay a lot now for cheap drugs in the future. The looming patent expiry date
is an important incentive for Pharma to innovate. Without new patents they
would die.”

“I also agree that Pharma are their own worst enemy and they
as an industry have done some pretty awful things in the last few years. They
are, however, cleaning up their act and some of the fines imposed on them, have
been so humongous, that they have little option but to stay clean. At the same
time several countries are putting in place mechanisms for driving down drug prices
so that the regional profits Pharma make are being squeezed. This is a
particular issue in the UK and mainland Europe. This has resulted in Pharma
hiking their prices in places where there are few price controls, for example
the USA. This has led to a widening price differential between the prices US
citizens pay for drugs and what we pay in Europe. For example, glatiramer acetate
is ~7x more expensive in the USA compared to the UK, fingolimod is over 3x more
expensive, etc. What does this mean? It means the USA is subsidising drug
prices and drug development for the rest of the world. Can this go on?
Possibly, but I suspect not for long. Big Pharma have been buying time by closing
down their R&D facilities in Europe and moving them to the USA. I was asked a rhetorical question by one Pharma executive, who shall remain unnamed, why should Pharma invest in
markets where we can’t make a profit? The politicians in the USA don’t mind this
price differential as long as Pharma are investing in the US, i.e. creating
jobs and making corporate profits. Capitalist USA is about money going around; the
more you circulate money, the larger the economy, the more you make in taxes.”

“I
think that the gradual exodus of Pharma R&D from the UK, and Europe, to the USA and developing markets is a
massive problem. It creates a structural hole in our economy; virtually all of
Pharma’s jobs are highly skilled jobs. We need these jobs for our University
graduates. In the same way that “video killed the radio star” NICE is killing Pharma
R&D.  Is it too late to stop the
exodus? I suspect it is.”