Are MSers really this willing to take risks? #MSBlog #MSResearch

“In response to my posts on bone marrow transplantation (BMT) and brain atrophy after BMT in MSers I have the following interim results of our one question survey. Could  this really be correct? Almost 50% of MSers are prepared to take the risks of BMT. Only 32% said no. If these result are correct I have seriously underestimated the risk MSers are prepared to take in the hope of a potential cure for their disease.” 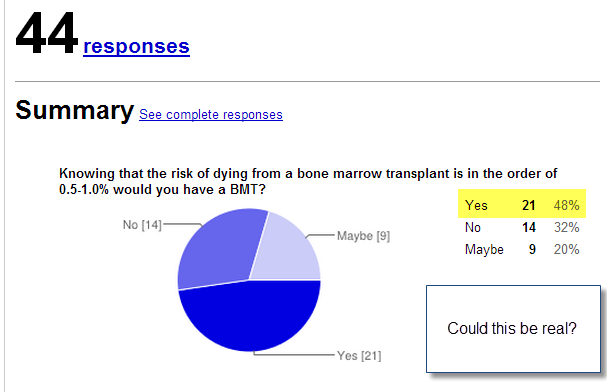 “Please have your say!”