Can vitamin D supplements prevent MS? I wish I knew the answer. #MSBlog #MSResearch
“Mouse Doctor posted on the observation that the latitudinal gradient of MS incidence and prevalence has disappeared in Norway. Why is this Important? Norway was the one country that was the exception to the rule. Exceptions to the rule are very important they can slay hypotheses unless they can be explained. A previous meta-analysis showed that MS prevalence actually decreased as you went further north in Norway. “ 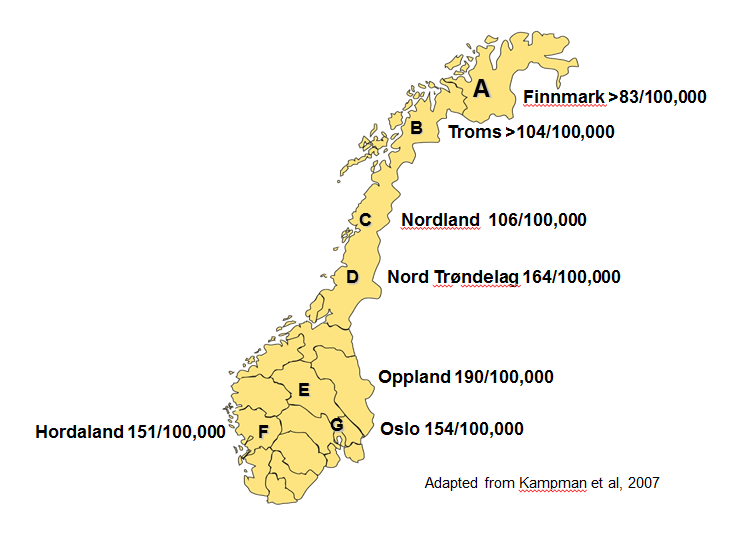 “Why the latitude reversal? The reversal in MS prevalence in Norway has been explained on dietary factors. Norwegians in the north of the country eat more fish, in particular fatty fish, and have higher vitamin D levels (see figure below). This observation has been used by me and others to support the vD MS hypothesis; i.e. higher levels vD protect you from getting MS. “ 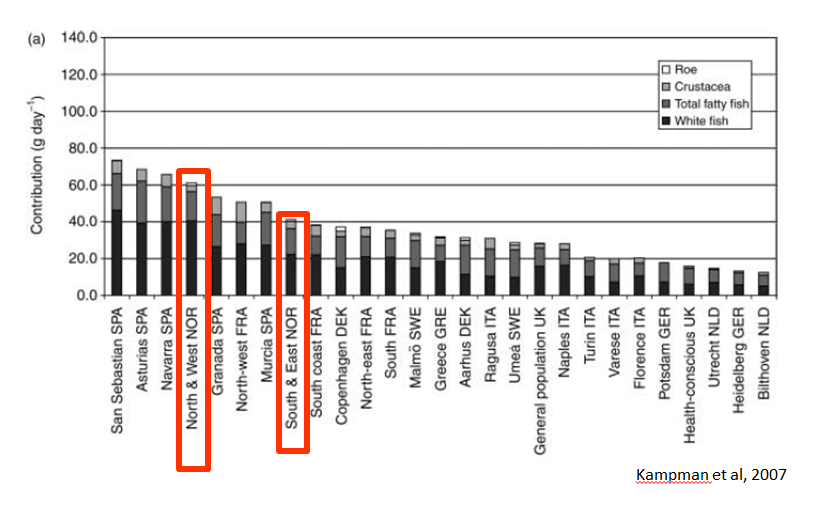 “The loss of this MS gradient suggests the underlying environmental factors, which underpin the causal pathway of MS, are changing. Unfortunately for Norwegians this appears to be for the worst as the incidence and prevalence of MS is increasing. If the incidence and prevalence can Increase due to environmental changes , surely we can decrease this trend by reversing these environmental changes. This would also prove that MS can be prevented. What are these factors? If they are linked to vD then something can be done about it.”
“Sun exposure. It is well known that over the last 15-20 years dermatologists and the cosmetic industry have massively increased our consumption of sun blockers. Dermatologists tell us to avoid sunburn to prevent skin cancer and the cosmetic industry to prevent  sun damage that is a major cause of skin aging. Could sun blockers in female cosmetics underlie the increasing sex ratio in women? The scary for me is the targeting and increasing consumption of cosmetics with sub blockers by men, in particular the younger generation. Almost all of the new male cosmetics now include sun blockers badged as anti-aging agents. If the cosmetics industry, with their ubiquitous use of sun blockers, is partly responsible for the rising incidence of MS in woman, I predict that the ratio will normalise as males start using daily sun blockers. “
“Outdoor activities. Other behavioural changes has been the shift from outdoor activities to indoor activities. Children and teenagers now spend much less time in the sun. Why? This is the era of facebook and gaming. Young girls spend large amounts of time on social networks and boys playing computer games. There are several studies from the past that have demonstrated that outdoor activities in childhood protect against MS; reversing this trend is very worrying.”
“Fish consumption. It is well known that fish consumption worldwide is going down. This is based on economic factors, as we deplete fish stocks prices have risen and consumption has dropped. We are also increasingly eating farmed fish which has about a third of the vD levels of wild fish; wild fish have higher vD levels because of their diet is higher in phytoplankton which provides the vD.”
“Pollution and weather. Atmospheric pollution and cloud cover is another issue that is probably less of a problem in Norway. In heavily polluted areas of the world air pollution exacerbates vD deficiency as it acts a ultraviolet B filter.”
“Cultural changes. I have mentioned before that covering up for cultural reasons is a massive problem for woman. Whether or not covering up is for religious or other cultural reasons it contributes to very low vD levels in some parts of the world that may underlie the increasing incidence of MS in woman.”
“What can be done about the vD problem? You tell me.”
“We now promote physiological vD supplementation in all children and relatives of MSers. Despite this we have found that adherenece to our advice is poor. Therefore we have started Digesting Science. This is a course to teach children of MSers about MS and the link between low vD and MS. The idea is to get children to be adherent to their vD supplementation regimen via education. Only one of the stations on our Digesting Science course is dedicated to vitamin D education the other stations teach children about MS and its impact on physical, emotional and cognitive functioning. Our pilots that ran last year went very well and we are now trying to expand the programme in the UK and want it to go global. Any one keen to help? As with all public health programmes we are trying to get data to show it works. We have a grant being assessed at present to do just this. Let’s hope it gets funded.”
“For those of you interested in the changing epidemiology of MS the following review is interesting as it discusses the changing latitudinal gradients across the world, the increasing incidence of MS and the changing sex ratio. We need to take these trends seriously; they are real and can be explained and tell us that MS is a preventable disease. Why are we not acting on this?” 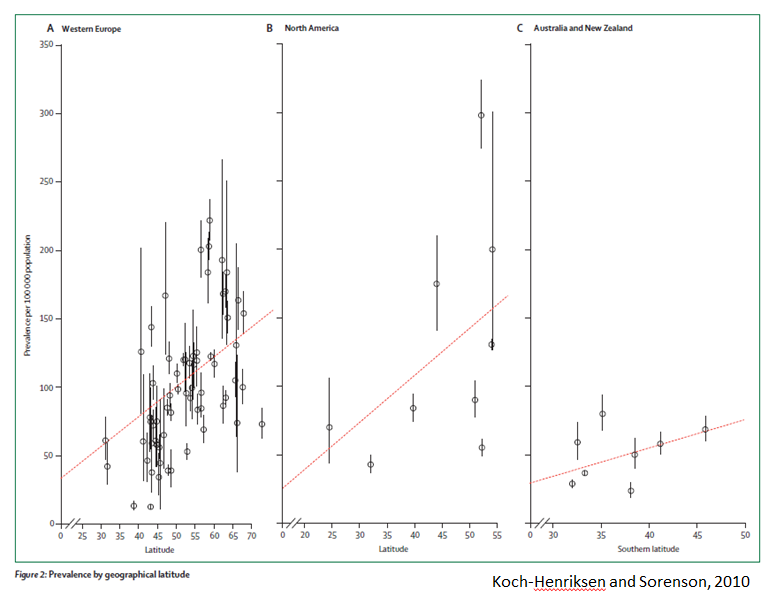 Koch-Henriksen N1, Sørensen PS. The changing demographic pattern of multiple sclerosis epidemiology.Lancet Neurol. 2010 May, 9 (5) :520-32nd doi: 10.1016/S1474-4422 (10) 70064-8.
The uneven distribution of MS across Populations can be attributed to differences in genes and the environment and Their Interaction. Prevalence and incidence surveys Could be affected by inaccuracy of diagnosis and ascertainment, and prevalence Also depends on survival. These sources of error might play a part in the Geographical and temporal variations. Our literature search and meta-regression analyzes indicated an almost universal Increase in prevalence and incidence of MS over time ; They challenge the well accepted theory of a latitudinal gradient of incidence of MS in Europe and North America, while this gradient is still apparent for Australia and New Zealand, and suggest a general, although not ubiquitous, Increase in incidence of MS in females . The latter observation should prompt epidemiological studies that focus on changes in lifestyle in females . New insights into gene-environment and gene-gene interactions complicate interpretations of demographic epidemiology and have made ​​obsolete the idea of simple associations Between causative genes or the environment and MS.