Smith W, McCrone P, Goddard C, Gao W, Burman R, Jackson D, Higginson I, Silber E, Koffman J. Comparisons of Costs between Black Caribbean and White British Patients with Advanced Multiple Sclerosis in the UK. Mult Scler Int. 2014;2014:613701. doi: 10.1155/2014/613701. Epub 2014 Feb 5
Background. Multiple sclerosis (MS) is now more common among black and minority ethnic groups in the UK but little is known about the costs of care amongst different ethnic groups.
Objective. This study examined and compared service use and costs for people severely affected with MS from Black Caribbean (BC) and White British (WB) backgrounds in the UK and identified predictors of cost for both groups.
Method. Population-based cross-sectional study of 43 BC and 43 WB patients with MS (EDSS ≥ 6) and their informal caregivers recruited from an MS service in south east London. Interviews collected data on health and social service use and informal care support. Costs were calculated using UK unit cost data.We compared costs between the ethnic groups and identified possible predictors of cost.
Results. The mean (SD) costs for the WB and BC groups were £ 25,778 ( £ 39,387) and £ 23,186 ( £ 30,433), respectively. Results identified no significant difference in total cost between the two ethnic groups. The EDSS score alone was a significant predictor of cost.
Conclusion. Similar costs between ethnic groups indicate that with regard to this MS service and geographical area, access to care was not affected by ethnicity.

It would have been disturbing if the cost of MS was determined by skin colour. However, the disease courses may be different between the different demographics, which can affect costs e.g. progressive MS would not attract the cost of DMT…..yet.

BACKGROUND: Multiple sclerosis is now more common among minority ethnic groups in the UK but little known little is known about how they attribute meanings to their illness and to what extent they are culturally shaped; meanings may influence adjustment outcomes and attitudes to service use.
AIM: To explore the cognitive organisation and meanings of MS among black Caribbean (BC) and white British (WB) people severely affected by their illness and to understand how these may be culturally constructed.
METHOD: Semi-structured qualitative interviews were conducted among Black Caribbean (BC) and White British (WB) people with MS (PwMS) with an EDSS of ≥6.0 (severe disease). Data were analysed using the framework approach.
RESULTS: 15 BC and 15 WB PwMS were interviewed with mean ages of 46.6 and 56.9 years respectively. Attributions were complex, with most PwMS reporting multiple explanations. Uncertainty, represents the first theme surrounding the aetiology of MS where participants constantly rehearsed “why me?” question in relation to their illness, a number citing considerable frustration. The second main theme, ‘logical and scientific’, was voiced more often by WB PwMS and accounts for arrange of genetic/viral influences, stress, environmental and lifestyle factors. Third, the ‘supernatural’ illness attribution theme departs from a biomedical perspective and was reported more frequently among BC PwMS. This theme included the sub-categories of religious challenge and divine punishment, a view although exclusive to BC participants was sometimes in conflict with their notions of modernity.
CONCLUSION: We identify causal attributions play important roles in determining emotional responses to MS. Taken together these findings suggest not only considerable cultural diversity in relation to MS causation but also diversity within groups. This highlights the need for health professionals to investigate such beliefs, particularly if supernatural causes are considered inherently uncontrollable. This has important implications for help-seeking and symptom-reporting behaviours. 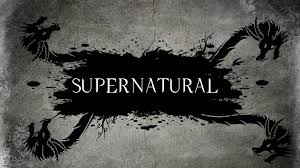 So more soft science and with a “n” so low to draw any firm conclusions, however with regard to “the supernatural and MS”, I must admit I think it it is more “whodo” than “voodoo”…just because we do not understand the biology fully, does not mean it is not caused by biology..because it is.