We need to educate more about what MS is.
The Folks at HealthLine have made this InfoGraphic 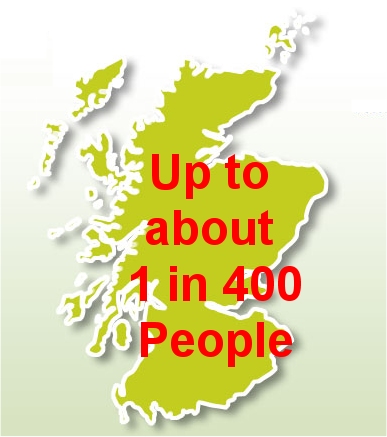 There is a genetic component to MS but there is no MS Gene
We know of about 110 different genes that contribute to the risk of developing MS.
You can’t do much about your genes but you can help ensure your children don’t smoke make sure they get sufficient vitamin D and help reduce their risk of developing MS 1. Relapsing-remitting MS (RRMS) is characterized by clearly defined relapses of increased disease activity and worsening symptoms. These are followed by remissions in which the disease doesn’t progress. Symptoms may improve or disappear during remission. Approximately 85 percent of patients are diagnosed with RRMS at onset.


2. Untreated, about 50 percent of people with RRMS transition to secondary-progressive (SPMS) within a decade of the initial diagnosis.


3. Primary-progressive MS (PPMS) is diagnosed in about 10 percent of MS patients at onset. People with PPMS experience a steady progression of the disease with no clear relapses or remissions. The rate of PPMS is equally divided between men and women. Symptoms usually begin between the ages of 35 and 39.


4. Progressive-relapsing MS (PRMS) is the rarest form of MS, representing about 5 percent of MS patients. People with PRMS have clear relapses combined with a steady progression of the disease.


Approximately 10 to 20 percent of people with MS have a “benign” course of the disease. This means they have only mild symptoms and little disease progression. However, long-term studies show that some of these patients experience some progression after 10 to 20 years. About one percent of patients develop an aggressive form of MS that progresses very rapidly.

Symptoms vary a great deal from one person to another Approximately 45 percent of people diagnosed with MS don’t have severe symptoms.
The most common early symptoms of MS are:

Other, less common symptoms include:


Medications are designed to lessen frequency of relapses and slow the development of progression of the disease, but they don’t address individual symptoms and no drugs have been shown to be effective in progressive MS yet.


Currently, there are a number of approved (depending on country you live in) disease-modifying medications. More on the way

Some MS medications can be transmitted to the baby during gestation or through breast milk. If you have MS and are considering becoming pregnant, talk to your doctor about your MS medications.